You are Here: Home » News » Main News » Laurel and Hardy fans in for a treat in Oldham

Laurel and Hardy fans in for a treat in Oldham 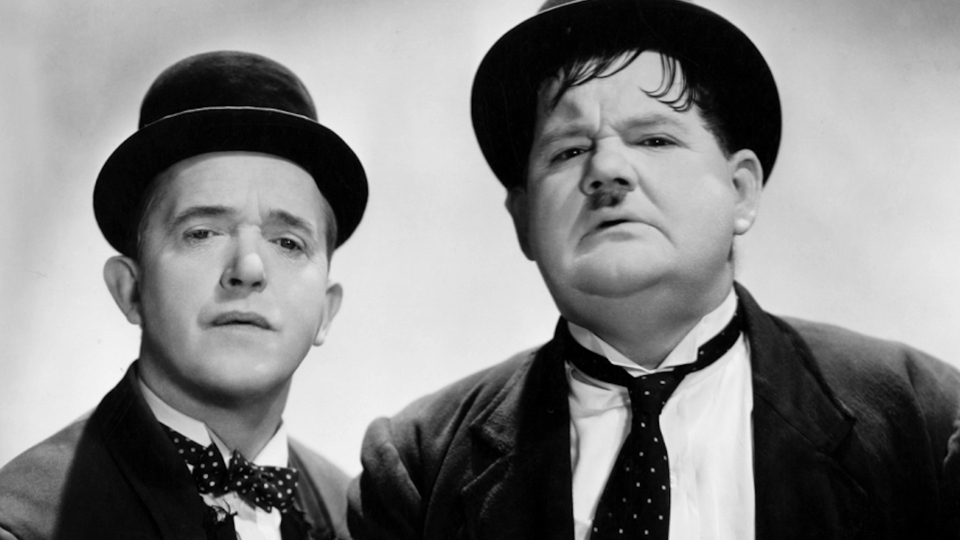 Fans of Laurel and Hardy are being invited to a new film club which begins in January.

'Sons of the Desert' is the name for the international appreciation club for Stan and Ollie, who appeared together in 150 films between the 1920s and the 1950s.

Now, a new branch of the appreciation club is to open in Oldham.  The branches are called 'tents' and each one is named after a Laurel and Hardy film.  The Oldham branch will be called - appropriately - Night Owls.

The group will meet on the first Tuesday of every month at Springhead Liberal Club, starting on Tuesday 4 January 2022.

Three Stan and Ollie shorts will be shown at the meetings, followed by a sing-song.  There is a cover charge of just £1 per person to help with costs

The club is organised using quirky titles; Garry Errock will be Vice Sheik (Sheik in charge of Vice), Steve Hewitt will be Grand Sheik, Mark “Rubber Legs” Rowe will be Grand Vizier (secretary), David Wood will be Sub Vice Vizier (treasurer), Board Members At Large will include; Wayne Smith, Tim O’Donnell and Thomas Wood.

David Wood, who has been a member of the Sons of the Desert for over 30 years, says he's looking forward to the regular get-togethers: "Laurel & Hardy films are funny when you watch them at home, but even more funny in a room full of people all laughing together.

"Everybody is welcome.  Come along and enjoy yourself, it's all good, clean fun!"

The meetings will start at 7.45pm for an 8pm start.  The night ends around 10pm.

For more information you can call David on 07717304167 or email woodindiggle [at] gmail.com