You are Here: Home » News » Main News » ‘The North is united’: Burnham responds to reports of scrapped rail plans

‘The North is united’: Burnham responds to reports of scrapped rail plans 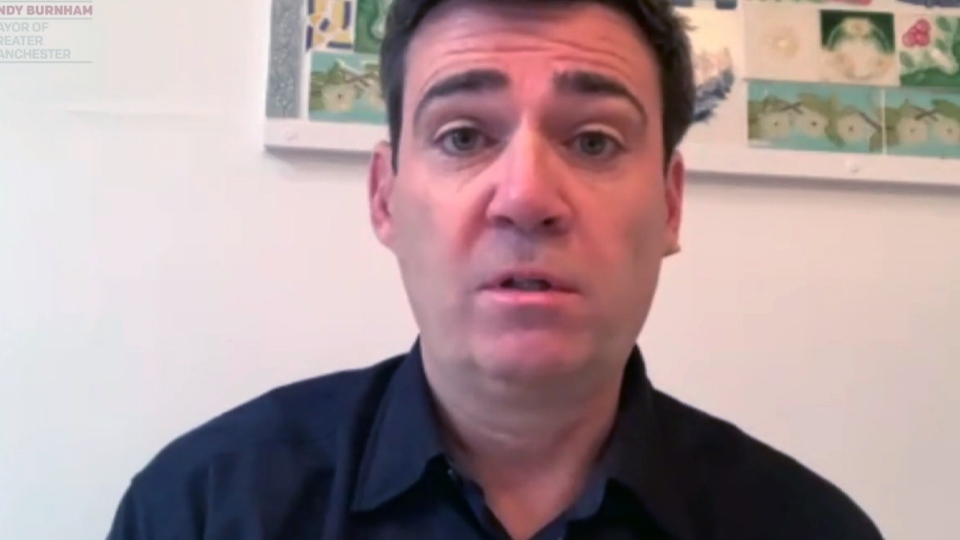 Burnham said levelling up would be dealt an ‘extremely severe blow’ if the reports are true.

The North of England is united and will hold the government to long-standing promises of a new railway line connecting the region, Andy Burnham has said.

Backing a pan-Northern newspaper campaign today, the Greater Manchester mayor said that business and political leaders will ‘speak with one voice’ too.

Northern news titles came together calling on the government to ‘Choose The North’ as ministers prepare to unveil the Integrated Rail Plan later this week.

It comes after reports that Northern Powerhouse Rail – a new railway line linking Liverpool to Leeds via Manchester and Bradford – could be scrapped.

Speaking at a press conference on Tuesday (November 16), Burnham said levelling up would be dealt an ‘extremely severe blow’ if the reports are true.

He said: “Our position hasn’t changed. Many of the points that we are calling for are promises that have been made to Greater Manchester over the years.

“These decisions are fundamental to the future of the North of England economy.

“They are hugely significant in terms of our ability to create a more productive economy going forward and all of the benefits that comes from that. That’s why we’re quite clear in saying there’s no change in our position.

“We shouldn’t see short-term decisions being made to save money when actually we then miss a massive opportunity to build the right transport solution for the North of England for centuries to come.

“That’s why I think we owe it not just to our residents of today – but also of tomorrow and indeed next century – to hold out for what is right for the North of England at this moment in time.

“We’ve accepted second best for far too long and that is not going to happen anymore. We expect promises made to be delivered.”

The Labour mayor dismissed upgrades of existing railway lines as a ‘rebrand’ which would not deliver the promises first made by the Conservatives in 2014.

He pointed to the Prime Minister’s promises of a new line two years ago and claimed the case for that new line to go through Bradford is ‘overwhelming’.

The metro mayor also argued that the Western leg of HS2 between Crewe and Manchester must be delivered in full with a new underground through station at Manchester Piccadilly as well as a fully-funded stop at Manchester Airport.

The former Leigh MP also said the ‘golden link’ connecting Wigan to the west coast mainline would bring ‘significant benefits’ to parts of the city-region.

Burnham welcomed the £1bn of government funding for Greater Manchester’s local system which was announced last month and said he was hopeful that further funding would be secured for a ‘London-style’ transport network.

But he argued the importance of rail connectivity across the North of England.

He said: “One announcement of funding alone doesn’t level up Greater Manchester with London, nor indeed the rest of the North with London and the South East.

“It has to be sustained investment both in intra-city transport – internal transport – but also inter-city as well. It’s not a case of one or the other.

“Nor is it a case of choosing between good North-South or good East-West. We need both. And the reality is other parts of the country are getting both.”