You are Here: Home » News » Main News » Former scout and guide hall in Glodwick to be turned into HMOs despite concerns 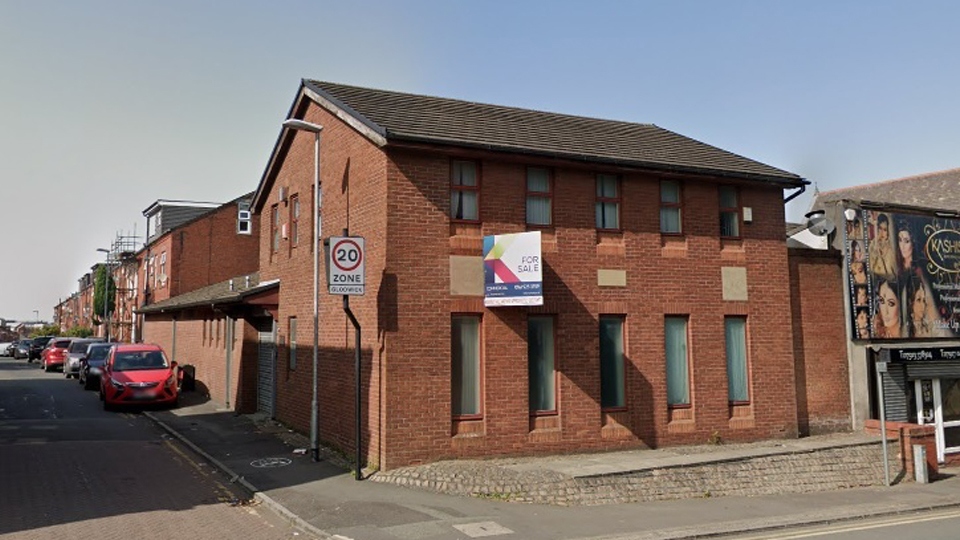 A former scout and guide hall will be turned into two HMOs despite a raft of objections from residents.

Plans had been submitted to Oldham council to convert the Baden Powell Centre on Glodwick Road into two shared homes.

These would be divided between a five bedroom house in multiple occupation (HMO) in a single storey extension along Brompton Street.

A further six bed HMO would be created inside the main two-storey building under the plans by St David Acol Ltd.

The building is currently empty but was last used as a base for scout and guides groups.

There had been 41 objections lodged against the proposals with a range of concerns raised, including over the lack of on-street car parking in the area.

People also said antisocial behaviour could be exacerbated by the introduction of the HMOs, and said there could be issues around the use of the shared alleyway by the site which was used by children.

Councillor Ali Aqeel Salamat, who represents St Mary’s Ward, had asked for the application to be decided by the planning panel on the concerns around parking.

“On Brompton Street itself is double parking and any vehicle that is going down on its own is praying that there’s nobody coming up, otherwise you’d have to reverse the full length back to Glodwick Road.

“It’s hectic all the time. Any new development should have parking.”

Outlining the recommendation to approve the application, planning officer Martyn Leigh said the building had been empty since ‘at least’ March 2020.

“As we know from buildings that haven’t been in use for a prolonged period of time they can cause they own issues, particularly environmental and social types of issues,” he added.

“We do think the benefits of the scheme essentially outweigh the harm resulting form the loss of the potential community facility use.”

Mr Leigh said they had assessed whether the lack of parking and concluded that it would not cause a ‘severe impact on highway safety grounds’.

However committee member Coun Yasmin Toor said she was ‘extremely concerned’ about the parking issues.

“It is a nightmare and it doesn’t matter which time that you go, I’m just really, really concerned that that will increase and elevate a health and safety risk for children and local residents,” she added.

Transport officer Wendy Moorhouse said it was ‘generally acknowledged’ that among residents of HMOs and one bed flats car ownership is low.

“It will be lower than a four bedroom family house because the residents tend to live slightly differently,” she said.

“If we do get some residents that do have a car they’re required to find a safe legal place to park nearby.”

Coun Brian Hobin told councillors he was concerned they were setting a precedent by deeming that buildings that had been vacant throughout Covid-19 could now see their use change.

“I don’t want to do away with a community area on the basis of the pandemic,” he added.

“We’re not giving it time to come out of a pandemic to see if anyone else wants to use it.”

Mr Leigh said there were a ‘large number’ of other ‘community type uses’ in the surrounding area.

“There is no precedent in planning, every case is determined on its own individual merits,” he added.

Head of planning Peter Richard said the building was currently ‘effectively a community hall, regardless of whether it’s used by scout or guides’.

“You could have a meeting of over 50 people in that hall and associated car parking issues with that on that street, and that would be horrendous, to be frank, but we couldn’t stop that, we couldn’t control that,” he added.

“By comparison two HMOs totalling 11 bedrooms would not have anywhere near that impact on the highway.”

Concerns were also raised by councillors about the access to the building being provided through the shared alleyway at the rear.

Mr Richard said that the prospective occupants of the building would be ‘normal people like us, like residents elsewhere’.

“We have to be careful that we’re not labelling any potential residents that might come as anti-social or a risk to other residents,” he told members.

Eight councillors voted for the application, with four against. It was approved by a majority.