You are Here: Home » News » Main News » If you're considering buying an e-scooter at Christmas, do you know the rules?

If you're considering buying an e-scooter at Christmas, do you know the rules? 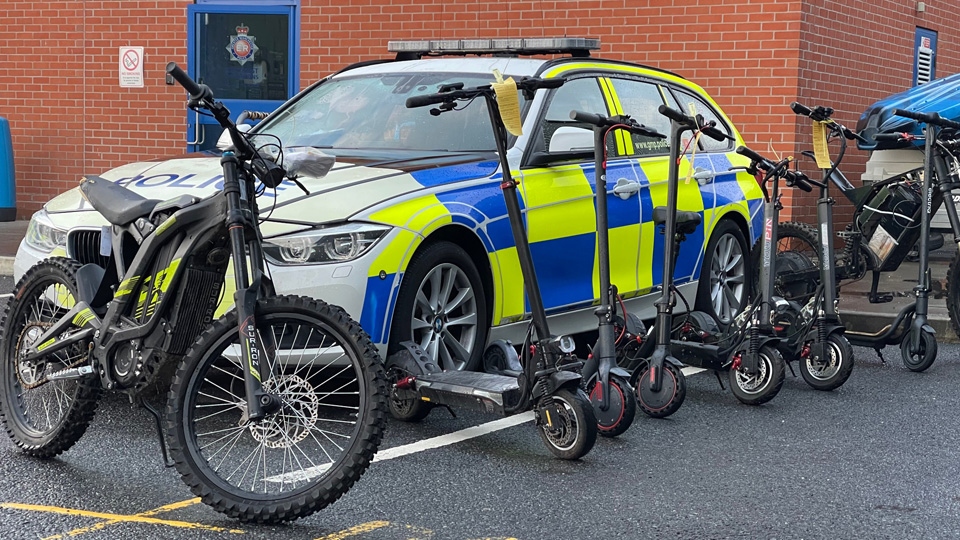 Police have issued a reminder of the rules around e-scooters

Greater Manchester Police have issued a reminder around the use of e-scooters.

As the popularity of e-scooters continues to grow, the force has reiterated the rules and regulations surrounding their use to ensure parents and guardians are aware of the legalities when considering an e-scooter as a Christmas gift.

E-scooters can only be ridden legally on private land with the landowner’s permission, or on public roads and cycle lanes where there is a government-approved rental trial.

E-scooters are recognised as powered transporters and fall within the legal definition of a motor vehicle under the Road Traffic Act 1998, and as a result, you may find yourself committing an offence if ridden illegally in public spaces.

Contrary to popular belief, it is actually against the law to ride an e-scooter on any public land, including pavements, cycle lanes, bridleways or any other land accessible to the public, such as parks, beach front walkways and car parks.

If you are caught using an e-scooter on a public road, pavement, or other prohibited space you are committing a criminal offence and could be prosecuted. The parents of children using e-scooters may be responsible for any fines incurred from them being ridden illegally.

Chief Inspector Danny Byrne from the Safer Transport Team at GMP said: "In the past 12 months, the police have seized 148 e-scooters, which had either been seen riding illegally or had been involved in a collision. This number gives an idea of the scale of the problem, and we only expect this to become more prominent as e-scooters are likely to feature on so many Christmas lists.

“Everyone should be aware of the rules, and know where e-scooters can be ridden, or you may find yourself, or your children committing an offence.

“More importantly I would like anyone to think twice before consider buying an e-scooter for a loved one.  What can be seen as a great Christmas present, could present serious risks to the riders, and those around them.  There is a huge risk of being involved in a serious accident, which could potentially have devastating consequences. In the first ten months of 2021, nationally, there have been nine deaths and other casualties involving e-scooters.”