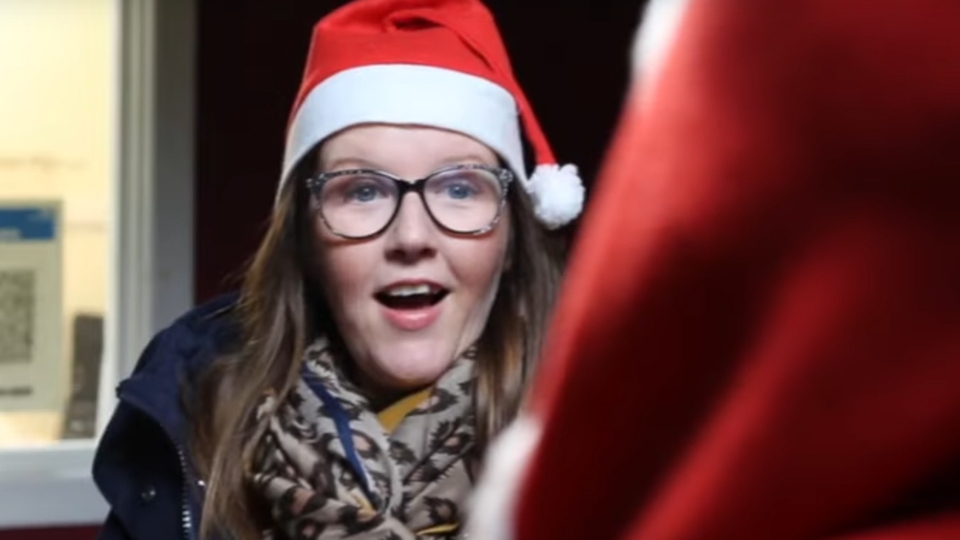 The team at an independent piano shop in Royton have released a Christmas video featuring five dancing pianos sending themselves out for delivery.

Mark Goodwin, owner of Mark Goodwin Pianos, used stop animation to bring the pianos to life in his warehouse on Dogford Road in Royton

Stop animation is a filmmaking technique in which objects are moved in tiny increments between individually photographed frames to give the impression of movement.

Mark spent 5 days making the video, taking thousands of individual shots which were edited together.

"I would fill my bag with snacks every night at 9pm and head off alone to the piano shop. I'd get home at around 2am every night with aching bones after moving the pianos around 200 times each night.

"There are 25 seconds worth of animation featuring up to 5 pianos in each scene. That means I was moving the pianos over 1000 times in total. If you include the deleted out-takes it was probably over 2000 piano moves.

The result shows animated pianos spinning and racing around the piano showroom, then moving to the dispatch area for Father Christmas to deliver.

The video features Mark's wife Julie, who manages the piano shop, and piano repair technician Phil Reynolds who plays Father Christmas. Phil was cast as Santa after it was discovered that he had the longest and whitest beard.

The team make a video every Christmas and Mark says the response this year has been very positive.

"So far people have loved our new video which is a huge relief as the pressure gets to me whilst making these videos.

"We never have a big budget and this year we spent just £23 which included a £13 Santa cloak from a local charity shop along with £10 of decorations."

Mark says it's been fun to get some light relief in what has been a tough trading year. "We have been low on stock most of the time and have seen our container shipment costs go up 1000% compared with 2020 but we've focussed on trying to make our staff feel valued and putting our customers' needs first and we think that has helped keep us afloat.

"2022 looks set to be equally challenging but we are ready for anything, and feel lucky to do a job that we love."

You can watch Mark's Christmas video below: