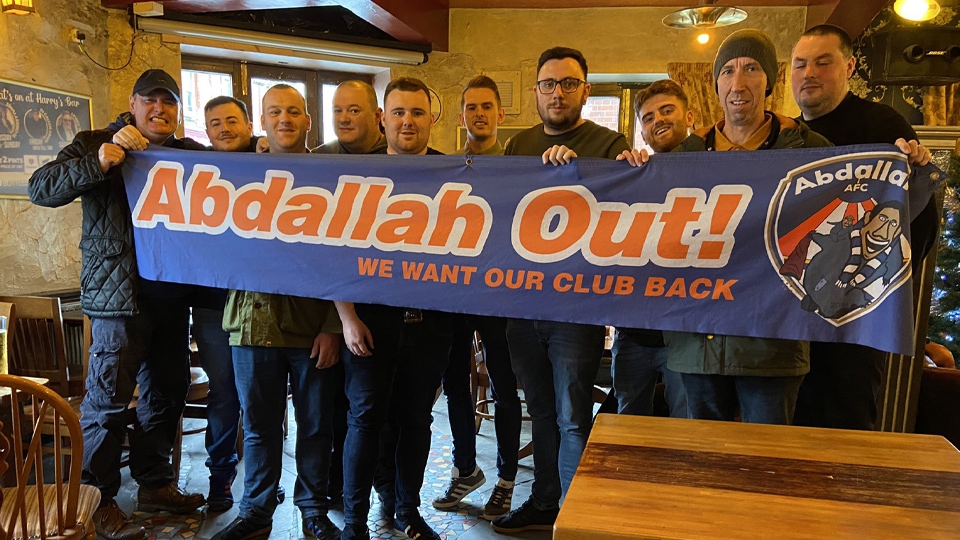 Bradley Knowles, Dominic Weiss, and Nathan Price received letters on 20th December from Oldham Athletic General Manager, Steve Brown.  The letter banned the fans from Boundary Park and "any other ground where [...the team is...] playing for a minimum period of 3 years."

However, they have now been overturned by the League Two club.

In a statement, the club said that following representations from the three fans, the bans have been replaced with a "final written warning".

"Should any of the behaviour be repeated again, a banning order will be issued," the club said.

In the letter issued to the supporters, Brown accused the fans of promoting "your dislike of Oldham Athletic Football club, its management and its progression; and you are influencing others to do the same."

Bradley Knowles, who is also a director of the Oldham Athletic Supporters Foundation, told the Chronicle at the time: "I've not hidden the fact that I am vocal about the ownership of the club.  I've attended protests, and held up banners saying 'Abdallah Out', but I've never taken part in disruption on the field."

The club has issued the following statement:

"After receiving representations from the three fans in question, an appeal committee of the club has decided to rescind the ban on the three fans and replace it with a final written warning. Should any of the behaviour be repeated again, a banning order will be issued."