You are Here: Home » News » Main News » Gang that kidnapped and tortured man with hot iron in Oldham jailed for nearly three decades 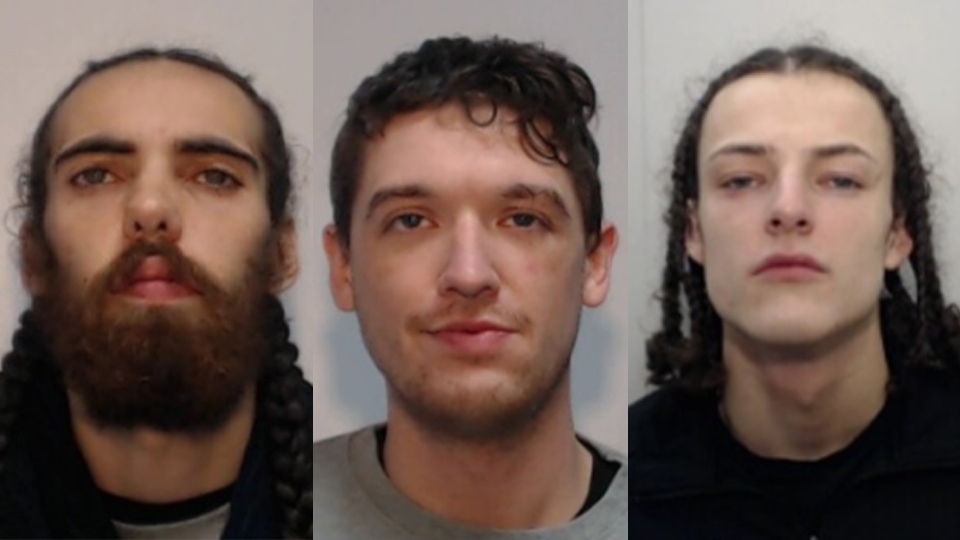 Three men have been jailed for a combined total of 29 years after they kidnapped, bound and tortured a man, including stabbing him and burning him with an iron.

On Sunday 27 December 2020, the victim - a man in his 20s - was contacted by Remi Burgess on Instagram asking to buy a Rolex watch from him.

Agreeing to sell the watch, the victim asked Burgess to visit him in Oldham later that day to exchange money. At around 6pm Burgess informed the victim he was at the agreed location and to meet him in a White VW T-Roc.

As the victim got into the vehicle he was head-butted by Dominic McGrath, before Burgess, who was sat in the front passenger seat, set upon him with a knife and started stabbing his arms, hand and wrists.

The victim, unable to escape the vehicle, was then driven to south Manchester where he was continually beaten.

The men in the car proceeded to contact his family and demanded £100,000 for his release, telling them not to contact police otherwise they would kill him.

By this point the men had tied his hands with duct tape and covered his eyes and mouth with tape before driving him to an address in Timperley in Trafford where they continued to torture and beat him.

It was at this location that they burned him across his stomach with an iron before bundling him back into the car.

Following a report to police a full investigation was launched and officers were able to locate the Volkswagen T-Roc being used by the three men.

Following a pursuit of the vehicle into Wythenshawe, officers were able to intercept the offenders and located the victim still bound and tied in the rear of the vehicle.

The men attempted to flee from officers but were detained and subsequently arrested and charged.

ABOVE: Video showing footage of the victim

At Manchester Crown Court yesterday (23 December 2021) all three men were jailed after pleading guilty to section 18 assault and false imprisonment.

Winstanley was also sentenced for burglary and handling stolen goods and all three will be on licence for an additional three years.

Detective Constable Matt Wilson, of GMP's Oldham District, said: "This was a terrifying and unprovoked ordeal for the victim and I commend his bravery and support throughout our investigation which has ultimately led to a successful conviction today.

"These three men are dangerous and reckless individuals who took pleasure from abducting and seriously assaulting a man. This incident highlights the importance and success of swift detective work in conjunction with multiple teams and assets across GMP.

"Thankfully we have now been able to remove highly dangerous and violent people from our community and I hope today's conviction provides a sense of closure for the victim and his family, knowing that these violent individuals are behind bars.

"Such reckless violence will never be welcome on our streets and GMP's priority is to ensure the public are kept safe - we'll do all in our power to identify those responsible and ensure they face the appropriate justice."