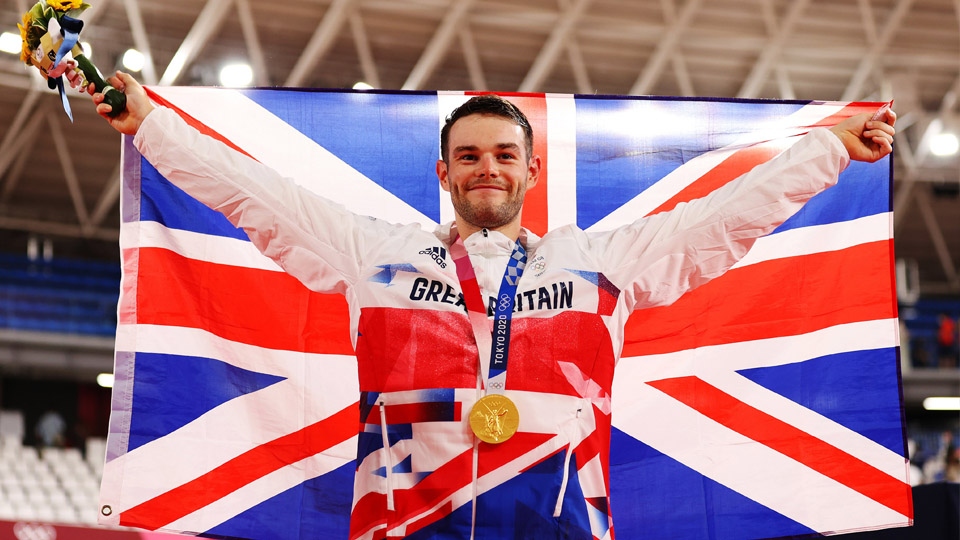 Olympic cycling champion Matt Walls has been awarded an MBE in the Queen's New Year's honours list for his services to the sport.

The 23-year-old from Shaw claimed gold in the omnium event at the Tokyo olypmics before adding a silver medal alongside teammate Ethan Hayter in the madison a couple of days later.

The former Crompton House pupil took the gold at his olympic debut.

Earlier this year, Matt was awarded Honorary Freedom of the Borough status by Oldham Council.

Speaking after his win, Matt said: "I managed to get a good lead coming into the end. It's been a hard day, but I came into that points race with a bit of a lead and breathing room," he told BBC Sport.

"Thank you to all my family and friends.

"I wouldn't be here without them, especially my parents."

In an interview a year earlier he revealed to Jonny Bray of Sportsbeat “the secret ingredient” behind  his searing cycling rise – Oldham.

"I wouldn’t have started cycling if the community wasn’t there," he said.  "I had the support of my secondary school (Crompton House) when I started racing competitively - they let me skive off school a few times.

“Oldham was massive for me – I started cycling seriously because I was able to do a triathlon at primary school (St Joseph’s) which I imagine is pretty rare.

"Teachers went out of their way to help me pass my studies and catch up later on because I’d be so far behind after a week away racing.  “I definitely wouldn’t be where I am without all that support from the community."

Matt is one of a number of leading sportsmen and women who received an honour in the New Year Honours list.

Seven-time Olympic gold medallist Jason Kenny has been made a knight and his wife Laura - a five-time Olympic champion - a dame.

Tom Daley receives an OBE for services to diving, and LGBTQ+ rights.