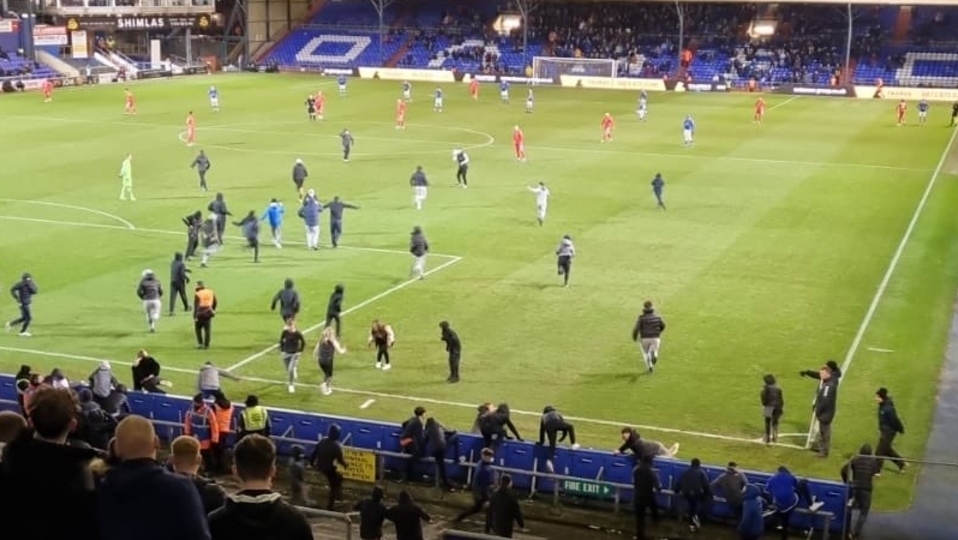 Oldham Athletic's pitch was invaded on Tuesday night, 4 January 2022, during the team's 6 - 0 defeat to Wigan in the Papa John's Trophy.

There's now accusations that some stewards were heavy handed with young fans, that ran onto the pitch.

Stewards were outnumbered as they sought to clear the field for play to continue.

Photos and video are doing the rounds, which suggest the protest towards Oldham Athletic's owner Abdallah Lemsagam, turned nasty.

Football fans took to Twitter, to voice their opinion on what was going on:

Chibbs said: "Feel very bad for Oldham right now. Currently 6-0 down at home to Wigan and when the owner, Abdallah Lemsagan joined in 2017 he said they will be in the Championship by 2020.

Latics fans are desperate for their hugely unpopular owner, to leave the club, after some fans were also banned for protesting.

They made their feelings known, during tense scenes at Boundary Park.

Wigan fans, who were said to be unsympathetic, were heard chanting to the young supporters: 'You've got school in the morning.'

The game resumed and the hosts were comfortably beaten, by their League 1 opposition, in a tense result.