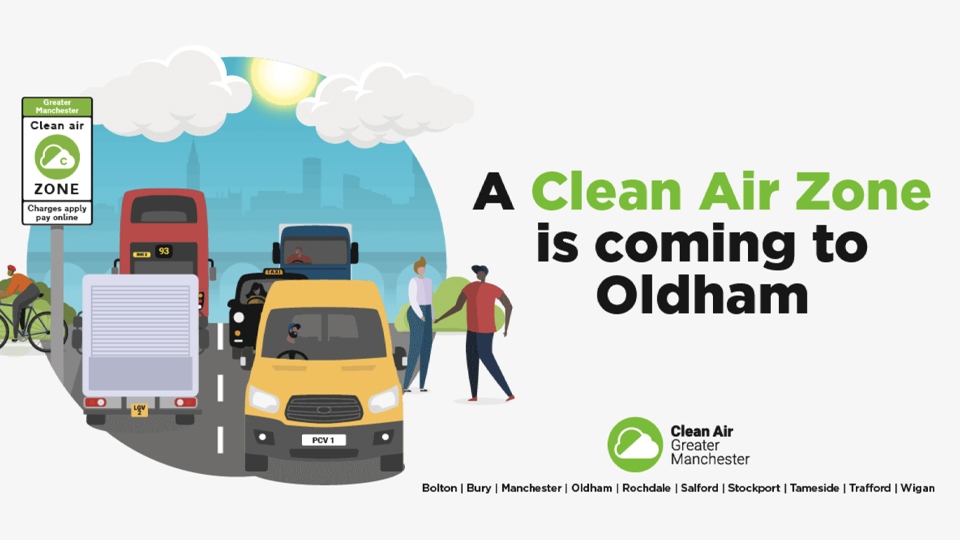 Funding to upgrade taxis, vans, coaches and minibuses to cleaner models is set to be paused to allow for a ‘fundamental review’ of the Clean Air Zone.

Greater Manchester will ask the government to pause the next phase of the financial support scheme which was due to open at the end of this month.

It comes amid evidence of supply chain issues in the light goods vehicles market, increasing the price of second hand vans by up to 60% since 2020.

There has also been a major public backlash against the Clean Air Zone in recent weeks – but councillors say the scheme itself will not be scrapped.

Speaking to councillors at Manchester Town Hall today, Transport for Greater Manchester boss Simon Warburton explained why the Clean Air Funds scheme must be paused to allow for a ‘fundamental review’.

“Our advice now is that we are no longer confident that the funding arrangement as it stands will provide for the quantum and the sequencing of funding that is needed.”

Warburton said that light goods vehicles will be the most affected by the Clean Air Zone because Greater Manchester has a ‘particularly old’ fleet of vans.

But during the pandemic, the number of light goods vehicles entering the market fell, with a 20 pc reduction in new vans compared to the year before.

And although the number of new light goods vehicles registered in 2021 has rise back to 2019 levels, there are now fewer vans in the second hand market.

For this reason, the cost of upgrading light goods vehicles has risen and the financial support scheme agreed last summer will no longer be sufficient.

Trafford council leader Andrew Western, who is the Clean Air lead in Greater Manchester, has already written to the government to give them a ‘heads up’.

He said: “We are still legally directed to achieve compliance in the shortest time possible and not later than 2024 and we have a moral obligation to do so too.

“But there is undoubtedly a real concern coming through from the evidence that we’ve seen and also anecdotally from smaller businesses in the conurbation that they do want to upgrade, but they’re struggling to, in some cases, replace.

“With those changes to second hand prices and the potential ramifications of that being several thousand pounds potentially increasing the costs of second hand complaint vehicles, there’s much for us to do and obviously not all of that is within our jurisdiction as Greater Manchester.

“These are national and global supply chain issues and they require a national solution.”

Funding to upgrade heavy goods vehicles opened at the end of November last year, ahead of the introduction of the Clean Air Zone on May 30 of this year.

But the next phase of the Clean Air Funds scheme for private hire vehicles, hackney carriages, coaches and minibuses and light goods vehicles – some of which will be exempt from the charges until 2023 – was due to open in January.

If the government agrees to Greater Manchester’s request to pause the funding, owners of these types of vehicles will not be able to funding yet.

However, vehicle owners who have already placed orders for new vehicles could still be offered support and will be reviewed on a case-by-case basis.

TfGM will also review the impact on other vehicles, including lorries and taxis.

But Bolton councillor Nadim Muslim voted against the proposal and suggested instead that whole Clean Air Zone scheme should be paused and reviewed.