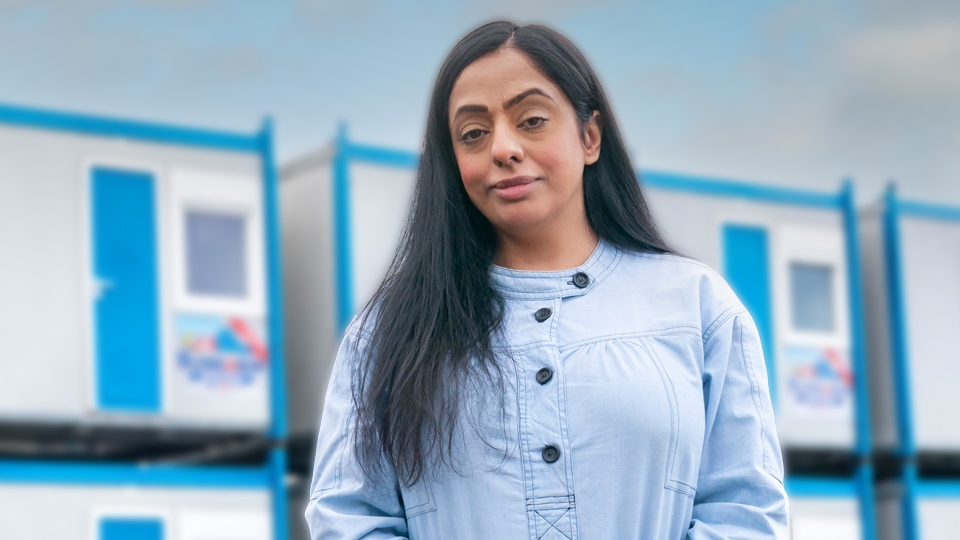 Leader of Oldham Council, Cllr Arooj Shah says the decision to pay the Living Wage to Council Care workers in the borough is "the right thing to do".

The proposed budget was released by the authority last week, and includes a 3.99% increase in council tax bills.  That includes a government-directed 2% rise to cover the Adult Social Care precept.  The rise means an increase of £81 a year on a Band D property.

Cllr Shah said she was driven by the efforts of care workers during the pandemic.

"If you look at who stepped up over the last couple of years, and who really brought us through it, it was our care workers.

"And whilst we clap them all, and show our appreciation, I wanted to do it a way that will make an impact on their lives.

"The way the national funding formula is, we're always going to be in the situation where we're constantly looking at our budget and minimising impacts on peoples lives. But that shouldn't be the reason why we don't reward those that deserve it.

"They should be able to earn a wage that means they don't have to scrimp and save.  They are some of our lowest paid workers and it seemed like the right thing to do."

Care workers employed by the council will receive the rise, though it also covers the supply chain.  Somebody who delivers services that are ultimately paid for by the council should also see the increase in hourly rate.

Whilst the increase to the Living Wage will be welcome for thousands of care workers, there are still £6m of cuts that the council will have to make to balance the budget this year.

Cllr Shah says she tries to ensure that front line services are least impacted when it comes to setting the budget.

"It's keeping a focus on the things that are important to people.

"When we've had conversations - if it's Meet the Leader, or the Big Oldham Conversation, or door knocking - people tell us what their priorities are.  I wanted when I became leader to make it a resident-focussed council and listen to what people have to say

"So we're providing essential services, like keeping streets clean and we're working with young people who said they were affected by covid, so we invested in youth activities, as well as the investment in Mahdlo."

Nevertheless, a 3.99% increase is yet another bill that has to be paid by struggling Oldham residents.  Cllr Shah says she's not been naive about the impact.

"I know that it's a struggle for a lot of people, and I think long and hard about budget changes.

"My own leadership is about people.  My experience and upbringing makes me alive to the real stuggles of people - even when both parents have jobs.  All my siblings had a job when I was growing up but that didn't mean we didn't have lots of money.  We just about got by.

"I know it's difficult for people - and even more difficult during the pandemic.  But there is council tax support.  We're here to support you with advice and help"

Cllr Shah says the budget is not "set in stone" and is inviting residents to view and feedback on the proposals.

The council budget can be viewed here