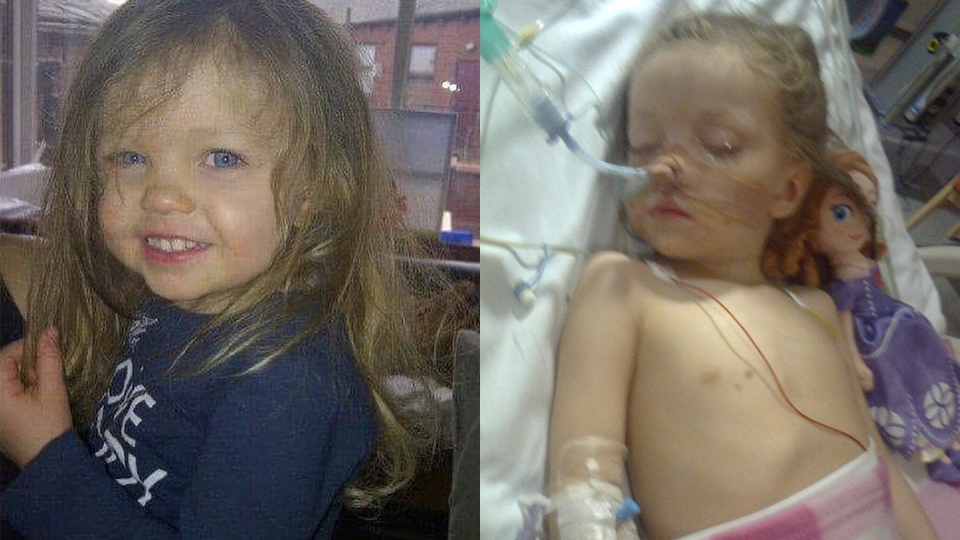 Tehyah Solan-Clarke was in the Royal Oldham following her diagnosis

An Oldham mum with a 11-year-old relative with a rare condition has vowed to raise money to help the family manage her condition.

Sarah Tate is set to cycle the equivalent of the length of Britain in February - a massive 1407 kilometres.

However, Sarah won't be moving far from her home in Lees, as she'll be making the journey on an exercise bike in the front room.

"The bike has only just arrived this week", Sarah told the Chronicle.  "I've not been to the gym for a while, so this is going to be a big challenge. It's an average of around 50km a day."

Sarah is hoping to raise money for the family of Tehyah Solan-Clarke, who lives with GACI (Generalised Arterial Calcification in Infancy) a rare, genetic disease that causes an abnormal build up of calcium in the walls of the blood vessels.

Following her diagnosis in 2014 - when Tehyah was just four years old - an allergic reaction to medication caused catastrophic brain damage, leaving her unable to talk, and paralysed from the neck down.

"Sam and Aaron, Tehyah's parents have been through so much. They're caring for a wonderful little girl, but don't seem to be getting the help that they need.

"When Tehyah was released from hospital, she was sent home to die.  Because Tehyah is on 'end of life care' it's much more difficult to get support.  But almost eight years after being discharged, she's still here and still fighting."

The couple, who live in Greenfield, are trying to buy a wheelchair for Tehyah as the 'basic' one they have been provided isn't suitable for her severe disability.  Sarah says she wants to help out in any way she can.

"I chose February for my bike challenge because it's GACI awareness day on 1 February.  and it'll help me to lose some weight and turn over a new leaf on my birthday which is also in February."

Sarah is also planning a fundraising event in February where she hopes to bolster donations.

You can see Sarah's fundraising page, and make a donation here.