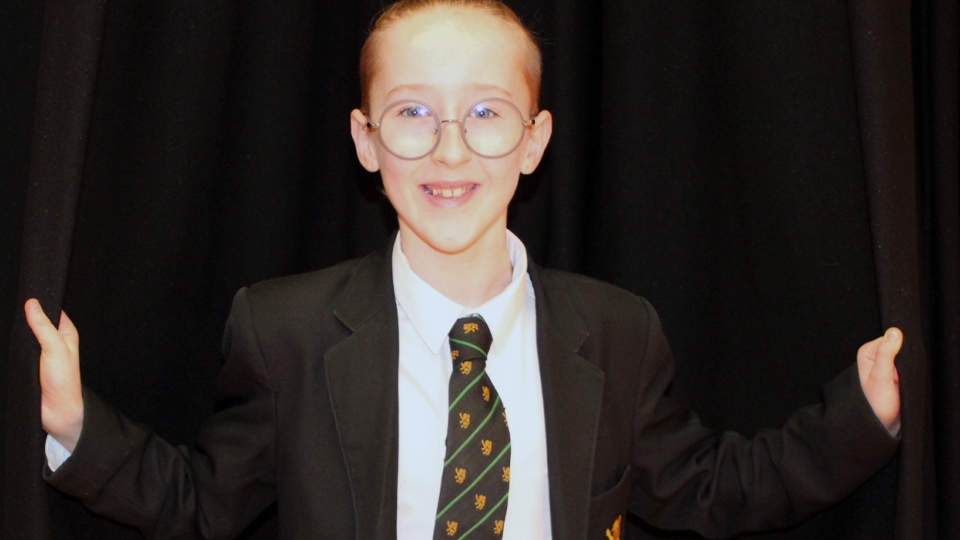 A young drama student from Oldham has been recognised by the great and good of the comedy world.

Thirteen year-old Harry Morgan starred as the goody-two-shoes character, Flynn, last year in the CBBC sketch show 'Class Dismissed', and was delighted to learn that the show has been nominated for not one, but two prestigious Comedy.co.uk Awards, run by the British Comedy Guide.

Harry, a Year 9 drama student at Crompton House C of E School, and the cast of Class Dismissed now go head-to-head with other popular shows including Horrible Histories, The Emily Atack Show, Have I Got News for You and Spitting Image in the categories of Best Comedy Sketch Show and Comedy of The Year at this year’s awards - voted for by the public.

The show was shot on location through the summer holidays last year and the budding thespian featured in every episode of the hilarious six-part series that aired in November. The comedy centres around the lives of pupils at the fictional Quayside Academy, as they grapple with everyday life at an extraordinary school full of even more extraordinary teachers.

Harry says the show reminded him a little of his school in Oldham:  "Quayside Academy is quite like Crompton House, but the teachers are not at all like the ones in the show! Filming was exciting and I really enjoyed the experience. For us to be put forward for two national awards is like the icing on the cake."

It came as no surprise to his teachers at Crompton House that Harry is enjoying great success in the acting world. His drama teacher Lyndsey Hammond told the Chronicle: "Harry is a little star – he loves his drama lessons and always gives 100%. There’s no doubt he has a bright future ahead of him."

Outside of school, Harry is part of the elite performance team at Footlights Theatre School and Academy in Failsworth, where he attends classes three times a week. The talented young actor, who also loves to dance, most recently starred in Sleeping Beauty at The Queen Elizabeth Hall over Christmas and New Year.

Harry’s Mum Vicky, who works in the Student Hub at Crompton House says she's glad that his hard work is paying off: "We are very proud of Harry and how hard he works both in and out of school on his drama studies – he is so passionate about acting and dancing. It’s been wonderful for him to be involved in the show and to be recognised at a national level”.

You can vote for 'Class Dismissed' in the Comedy.co.uk Awards 2021 for ‘Best Comedy Sketch Show’ and ‘Comedy Of The Year’, by clicking here before voting closes on Sunday 30th January.