You are Here: Home » News » Main News » Oldham fans storm the pitch as club are relegated

Oldham fans storm the pitch as club are relegated 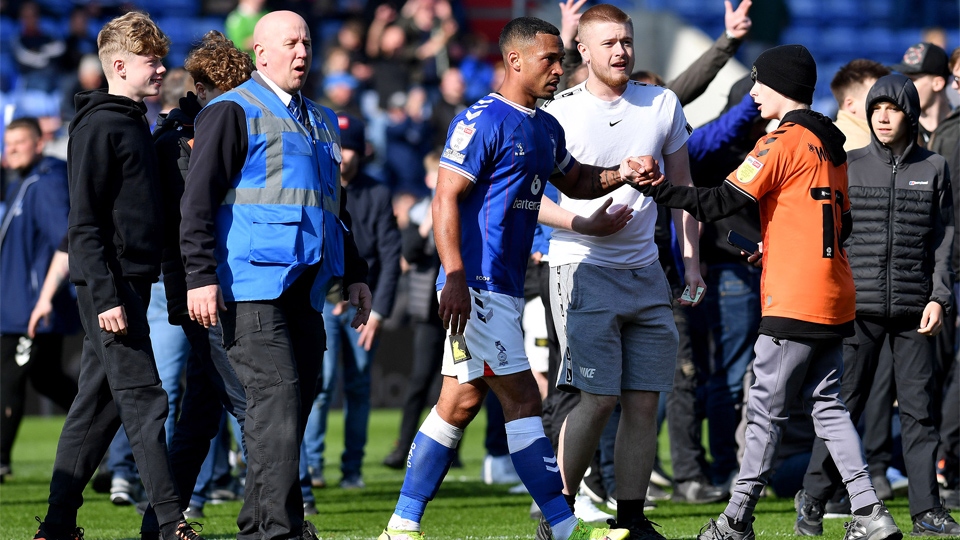 Fans on the pitch

Oldham Athletic fans stormed the pitch and refused to leave as the club slipped to relegation against Salford City.

In the second half, with Oldham heading towards non-league football as Barrow and Stevenage led elsewhere, large sections of the crowd ran onto the pitch and unveiled a “Get out of our club” banner directed at owner Abdallah Lemsagam.

Goals from Matt Smith and Brandon Thomas-Asante either side of a David Keillor-Dunn penalty had given Salford a 2-1 lead at the break.

Eventually, after a false announcement that the game had been postponed, the players returned and saw Oldham’s fate officially sealed in an empty Boundary Park.

Before all of that, in the eighth minute Salford took the lead, Matt Smith bundling the ball over the line from a rebound after Thomas-Asante raced through and struck the post.

Within seconds the rapid Thomas-Asante got in behind the Oldham defence - who were without suspended captain Carl Piergianni - again, but his bobbled effort was parried into the path of Ash Hunter, who somehow sliced over.

After 30 minutes Oldham had a lifeline, Keillor-Dunn’s shot after a jinking run into the box judged to have hit the hand of Jordan Turnball by referee Robert Madley.

Keillor-Dunn himself stepped up and dispatched - just about - his penalty deflected in off the hands of Salford keeper Tom King for the midfielder’s 14th of the season.

Oldham then missed two huge chances, first Junior Lumaba who got in behind the Salford defence but shot straight at King, then Hallam Hope, who headed off the bar from a yard out after Keillor-Dunn’s effort was saved.

And the hosts were made to pay for their wastefulness when Ibou Touray’s pinpoint cross was glanced in by Thomas-Asante in the dying moments of the first half.

The second half saw fewer chances, Oldham thought they had a lifeline on the 70th minute when substitute Jamie Hopcutt headed the ball across goal to Hallam Hope who finished, but the flag went up, to major protests.

After that, with 11 minutes of normal time left to play, hundreds of Oldham fans descended onto the pitch, holding banners, doing cartwheels and refusing to move.

They sang a host of chants directed at the owner and “we’re not going anywhere” as police lined the edge of the pitch and a group of supporters had an impromptu kickabout with a football . 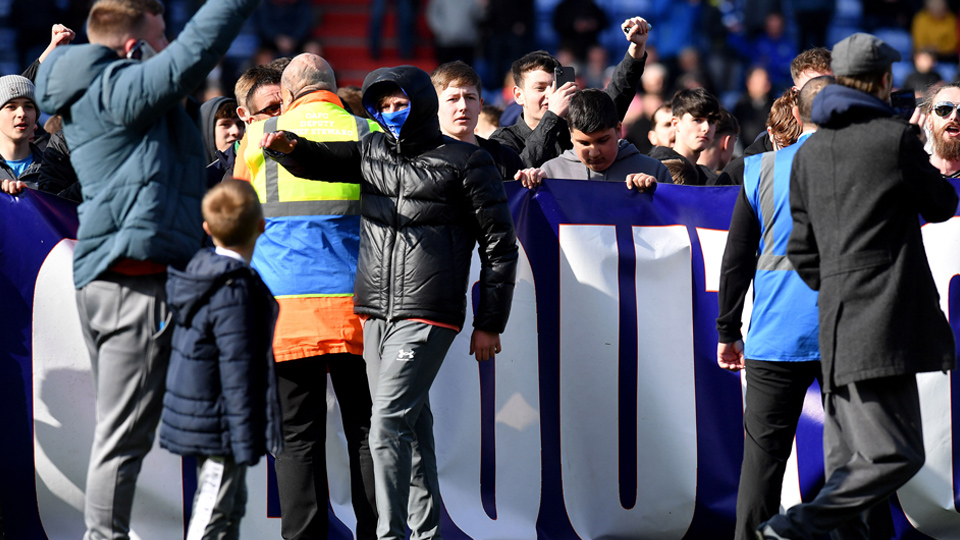 Referee Madley instructed the players to get off the pitch.

Eventually, the announcement came over the tannoy, the game was cancelled.

This, it transpired, was a ploy to get the fans to leave the pitch. After extensive behind the scenes chaos, during which the media were told to leave, then told they could stay, the players returned.

It was slightly surreal, an extensive warm up took place as Oldham prepared to try and rescue a fate that their entire fanbase thought was sealed. Very soon though, the news was all across Twitter.

At 18:28 it restarted, an Oldham freekick in a dangerous area, which had been awarded well over an hour ago, headed clear.

The now fanless hosts rallied well given the odd circumstances, applying pressure and forcing Salford to clear from a couple of goalmouth scrambles, but it was all in vain.

Then the whistle blew, Oldham were relegated in virtual silence.