Raising funds for the MND Association in popular Julian's memory 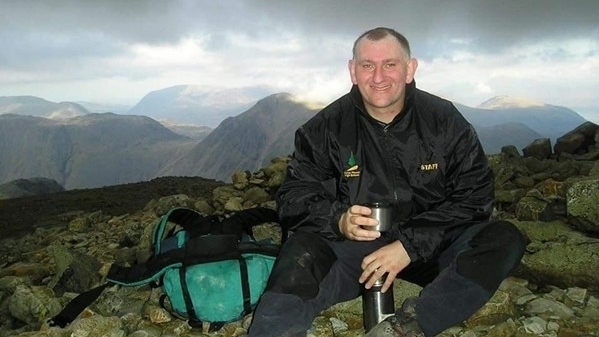 Oldham RUFC will be hosting a charity event for the MND Association on Saturday (May 21).

The event is being staged in memory of former player Julian Bebbington, who died of the disease in summer 2021.

There will be a game between Oldham and Littleborough Vets, both of which Julian played with, and this will kick off at 3.15pm after a GB Police Masters game against Elland.

Julian played most of his rugby at rival club Littleborough RUFC, but in his final years moved to Oldham along with a number of other players from Littleborough Vets and played out his career with Oldham Vets.

He was born in June 1961 in Newcastle Under Lyme, and in his early life it soon became clear that Julian was talented in his sporting endeavours.

He sprinted at county level and also showed ability as a shot putter.

He qualified as a teacher in the 1980s and moved to Rochdale, where he took up a post at the Roach Valley High School.

This is where he made a life-long friendship with the two other front rows that also later moved to Oldham, Brent Pollitt and Bob Webster.

In addition to his rugby, Julian also excelled in other outdoor pursuits including canoeing, skiing and walking, and became a qualified instructor.

Apart from his sporting achievements, he was also an accomplished bass guitarist who played live around the area.

Julian became a good friend to many at Oldham, especially his team mates in the 3rds/Vets.

One of his most memorable games at the end of his career was the touring game to Cardiff where the team played against Magor on the hallowed ground of Cardiff Arms Park.

Even in his late fifties, Julian proved that he was still a capable and competitive prop against a much younger Welsh front row.

He was also proud to speak Welsh which he had learnt in his earlier life.

Saturday’s event is an opportunity to commemorate Julian’s life and also to raise money for the Motor Neurone Disease Association.

There will be raffles and other fund raising, and hot food will be available after the game.

Admission and on site parking is free and everyone is welcome.

The ORUFC clubhouse will be open serving hot and cold food, snacks beverages and alcoholic drinks.

Further information on Masters Rugby League can be found here