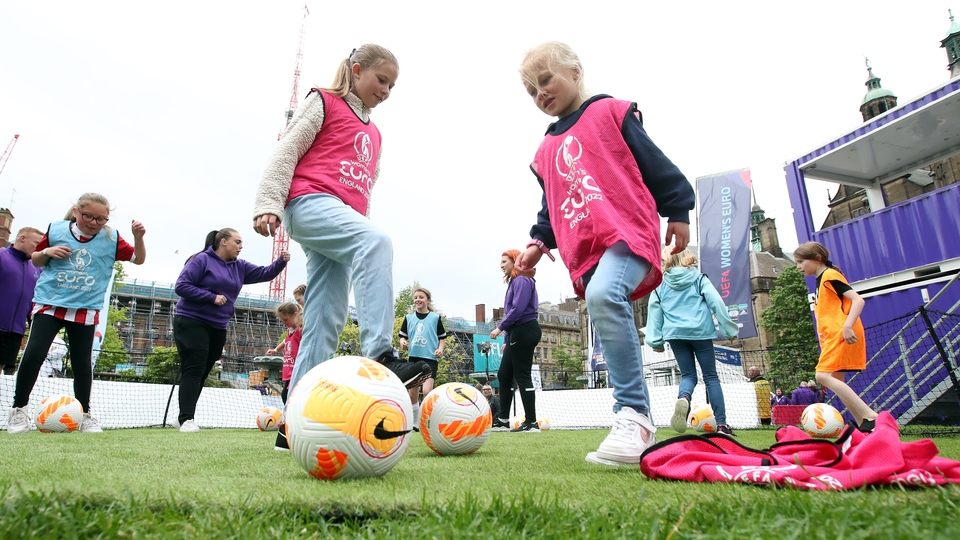 The Euro's roadshows will span a bumper weekend in Greater Manchester

Manchester is set to welcome the UEFA Women’s EURO England 2022 national roadshow when it arrives in the city today (Saturday).

The roadshows, supported by Manchester, Trafford and Wigan Borough Councils will span a bumper weekend in Greater Manchester, with events at Cathedral Gardens, the Trafford Centre and Mesnes Park in Wigan.

Each roadshow will provide visitors with an opportunity to get involved in an unmissable tournament.

Brown-Finnis earned 82 caps for the Lionesses and was also in the GB Olympic squad in 2012.

The festival of football and entertainment heads to the Trafford Centre on Monday (May 30), with England legend Sue Smith making an appearance.

Smith, who made her international debut at just 17, went on to receive 93 caps for England.

The Trafford roadshow will be at the centre for three days up until June 1.

Visitors to the free family events will have a chance to learn new football skills and tricks and take part in a series of fun interactive challenges.

There is also the opportunity to win Women’s EURO ‘22 match tickets.

"Hosting the tournament gives us an extraordinary opportunity to support local communities try out new football skills and learn more about the women’s game.

"There is a real excitement here in the region ahead of the tournament and the Roadshow’s are a fun way for all the family to get involved and show their support."

Anyone wanting to get involved in grassroots football and learn more about other routes to get into the sport, will have an opportunity to do so at the Roadshow, with visitors able to try a range of industry related roles such as matchday presenting and interviewing in a special TV studio.

Local entertainment will be on offer throughout, with DJ’s performing live, along with a host of other exciting acts on the line-up.

Fans will also have a chance to have their picture taken with the UEFA Women’s EURO 2022 trophy.

Greater Manchester will be hosting eight EURO 22 tournament fixtures, including a quarter-final tie.

Tickets are on sale now here for fans to experience a history making tournament that aims to unite football and communities and amplify the growth of the women’s game.