You are Here: Home » News » Main News » Where the blues meets the greenery, Diggle Blues Festival a weekend of top music all for free

Where the blues meets the greenery, Diggle Blues Festival a weekend of top music all for free 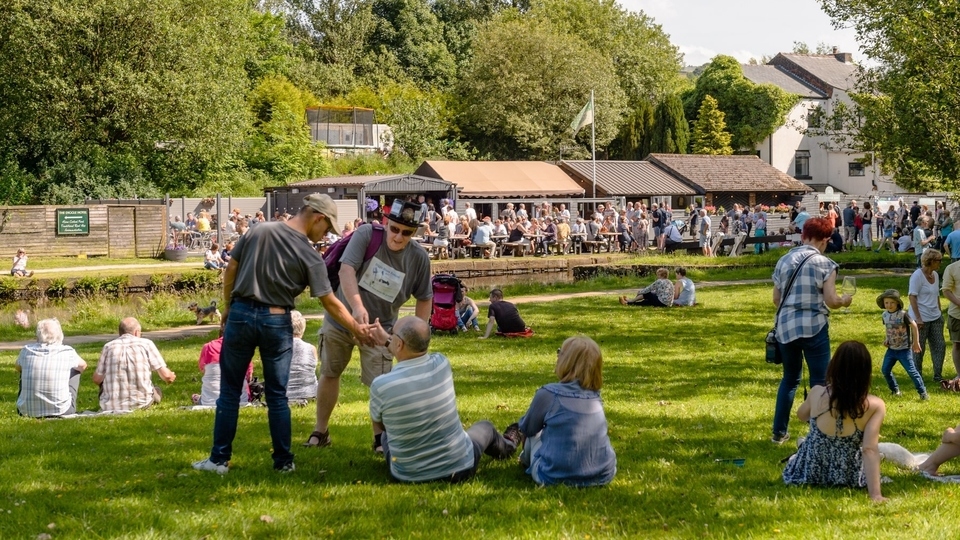 If you're down in the dumps why not chase the blues away with a musical tour of Diggle this June and watch some really cool, jeans-in-the-fridge blues music, and all for free!

A host of artists will be on hand to entertain revellers during the Diggle Blues Festival which runs from Thursday 16th June to Sunday 19th June 2022.

The format is the same as in previous years. You watch the first band at the first venue and then you have half an hour to walk to the next venue, buy a drink, find a seat, and then watch the next band, and so on. It is a bit like a musical tour of Diggle, especially on Saturday when there are four bands or acts on, and Sunday when there are three. This way you can watch all eleven acts over the weekend and you don't need to choose between one band and another like a lot of festivals.

David Wood the event organiser said “Although we are not a large festival, one thing we didn't envisage was, that performers are telling us that to play at the Diggle Blues Festival has become rather prestigious, as word has gone round that we receive nearly a hundred applications to fill just eleven spots”

Entry is free and thanks to the structure of the festival, happy blues enthusiasts will be able to watch all acts over the weekend if they choose to. While it is a free event, voluntary donations would not be turned down and those concerned about the weather need not worry as it is an indoor event.

David added "It's a sort of musical tour of Diggle. You don't have to choose between one band and another. You can watch all ten or 11 acts over the weekend - and all for free - although a voluntary donation of, say £1 per head per band wouldn't be turned down.

Performance Schedule;
The first act features Dave Speight at The Diggle Hotel on Thursday from 7.15pm to 8.30pm before the Racketeers play at The Gate Inn from 9pm to 11pm.

Friday sees Stone Cold Heat at Wizards Hollow from 7.15pm to 8.30pm with the Bridgewater Blues Band from 9 to 11pm at Diggle Band Club.

Saturday features Delta Grooves at Diggle Lock Cafe from 2pm to 3.30pm, Head Hunters Blues Band at Kilngreen Hall from 4pm to 6pm, Teresa Watson Band at Diggle Band Club from 6.30 to 8.30pm and The Hexmen at Wizards Hollow from 9pm to 11pm.

Sunday will see Howlin’ Mat at Grandpa Greene’s from 1.45pm to 3pm, the John Montana Trio at Diggle Band Club from 3.30pm to 5.30pm and the Five Points Gang at Kilngreen Hall from 6pm to 8pm