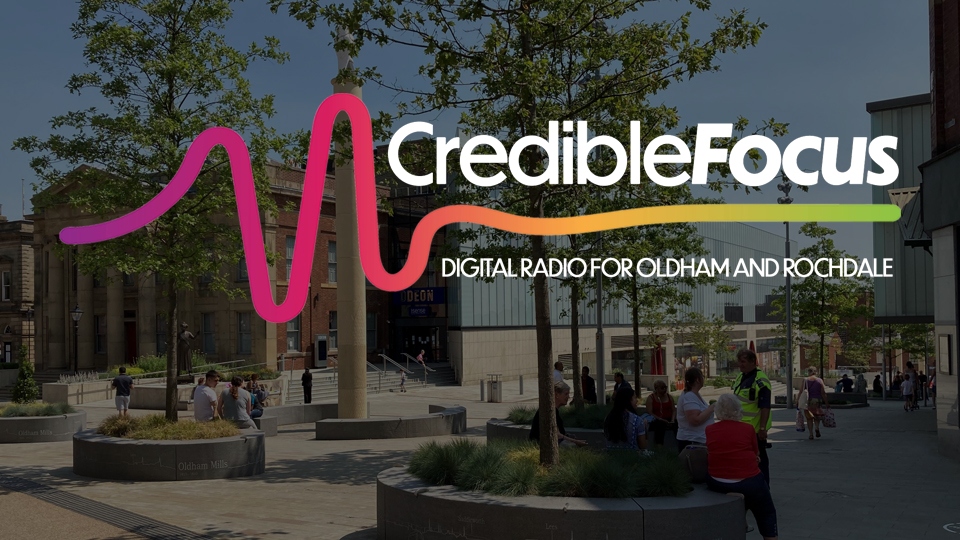 The new stations will be on air next year

A radio revolution is coming to Oldham, after the government gave the go-ahead for over twenty new radio stations in the area.

The new digital stations will be a part of the Oldham and Rochdale multiplex – an innovation which allows several stations to broadcast on the same frequency.

Local operator, Credible Focus Ltd, beat off competition from other bidders to secure the licence, which covers Oldham, Rochdale, and part of Tameside.

Credible Focus is a joint venture between the former owners of Oldham’s Revolution 96.2, Credible Media, and the operators of Sunrise Radio, based in Bradford.

Ofcom – who regulate TV, radio and mobile communications in the UK – are rolling out small-scale digital radio (ssDAB) across the UK, to increase access to the airwaves, and increase the range of radio stations for listeners.

Last week, the regulator awarded a number of licences across the north-west, including Bolton, Stockport and Wigan – as well as Oldham and Rochdale.

Managing Director of Credible Media, Matt Ramsbottom, told the Chronicle that local ownership of the multiplex was a big plus.

“We’ve been involved in radio in Oldham for several years, and were determined that we work collaboratively with other local broadcasters and industry experts to increase listener choice across the borough.

“The application process with Ofcom has been particularly tough, and our local and professional experience have now been backed by the regulator.”

Kevin Bailey, Content Director at Credible Focus says it’s a chance for smaller broadcasters to access digital radio:  “Throughout the process, we’ve worked with smaller stations across Oldham and Rochdale, to make sure that access to the digital platform is straightforward and affordable.

“The multiplex is expected to increase the range of radio to listeners across Oldham, including both national and local broadcasters.  There will be a range of formats, from mainstream to specialist stations, ensuring there is something for everyone.”

Usha Parmer, Chief Executive of the Sunrise Radio network said: “We’re delighted to have won the Oldham and Rochdale licence along with our friends and colleagues at Credible Media.  It’s an exciting time for listeners, with a new and diverse range of programming available.”

Among the services available on the multiplex, is ‘Mom’s Spaghetti’, already operated by Credible Media in Manchester and online.  Legendary Hacienda DJ Graeme Park hosts the breakfast show on the station.

Sunrise Radio will also be available on the new platform, along with a variety of dance and guitar-based indie stations.

Three transmitters will be switched on to provide the services, with stations expected to be on air by early 2023.

Almost sixty percent of radio listening is now on digital platforms, with plans to close AM and FM services within the next ten years.