You are Here: Home » News » Main News » Former Oldham social worker with stars in his eyes set to perform this weekend 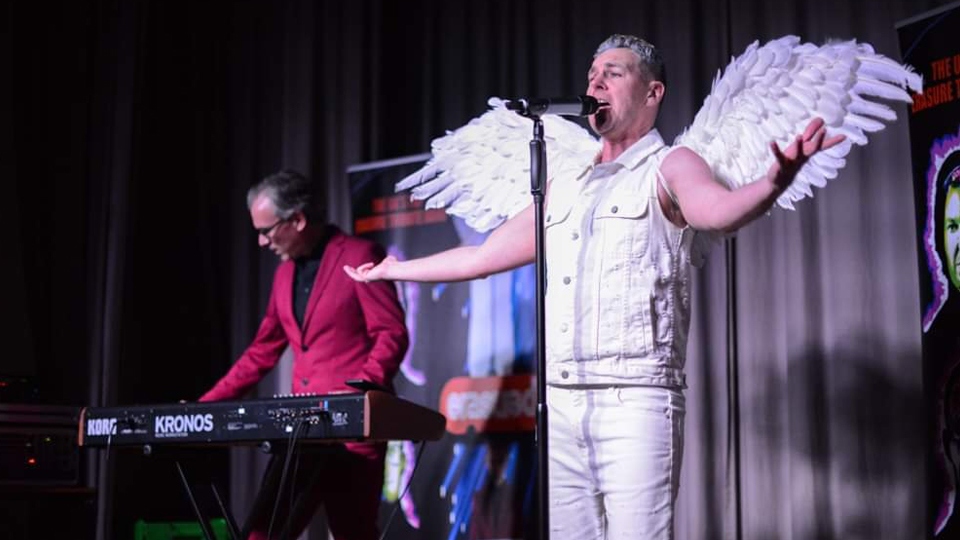 Mark and Pete as Erasure

A former Oldham social worker who swapped casework for crooning is back in town this weekend with a tribute to Erasure.

Mark Rodway and Pete Faint perform as 'Erasured' and are appearing at Whittles at Tokyo this weekend.

Mark spent 21 years as a social worker in Oldham, before finally quitting his job in 2018 to follow his dream as a performer.

"It was definitely a concern." Mark told the Chronicle.  "I was giving up a regular job and a regular full time pay packet.  We all have bills and rent to pay."

It's not a new experience for Mark, who performs vocals as Andy Bell in the group.  He's been performing as Erasure with his co-star Pete, who plays keyboard as Vince Clarke, since they met in 1996.

"We began writing original material together, and launched 'Erasured'.  We toured the circuit for over ten years.

"The magic eventually waned, but we stayed the closest of friends.

"Then in 2018, were invited to recreate the recent arena gigs Robbie Williams had performed with Erasure. We agreed to do the gig as a ‘one off’ for nostalgia’s sake. However, the show was a huge success and we rediscovered our passion for Erasure music, and we began touring again - with new technology and new outfits!"

Mark appeared on Stars In Their Eyes twice in the 90s, performing as Andy Bell - which seemed to go down well with the famous real-life duo.

"I met Vince and Andy after a gig in the 90s at Manchester Apollo. Vince said my appearance on Stars In Their Eyes 'amused him' and Andy said I was very sweet performing as him."

Mark and Pete kicked off their UK tour in Bristol in May and are set to play events until the end of the year.