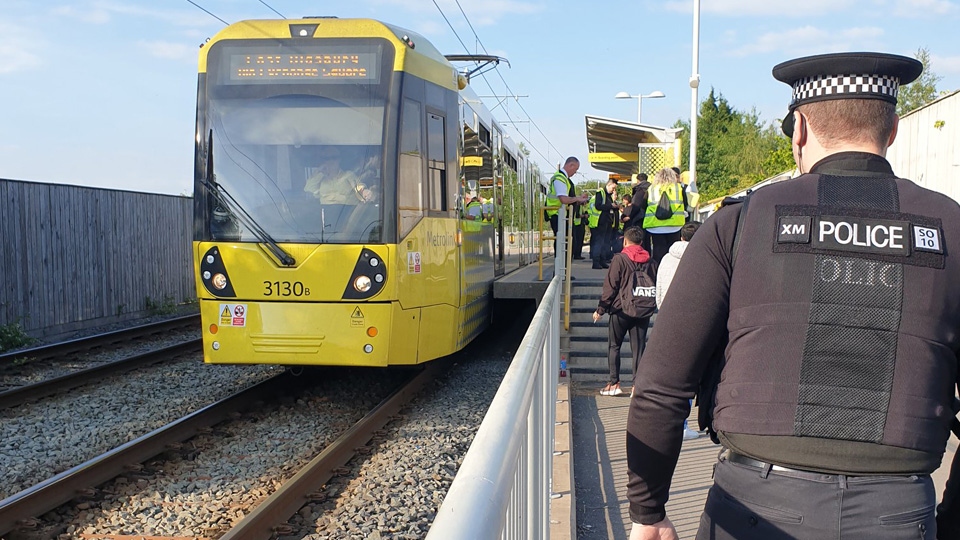 Police officers were deployed to Freehold tram station in Chadderton last night following a succession of reports of anti-social behaviour.

In a joint operation with Metrolink and GM Travelsafe, Greater Manchester Police officers were patroling the station on Block Lane.

The move was in response to recent reports of 'large groups congregating, fighting, and causing a disturbance' at the tram stop.

Concerns were raised earlier this year about a more than doubling in antisocial behaviour (ASB) incidents recorded on the Metrolink network over the last three years, particularly on the Rochdale and Oldham Metrolink line.

On average, 223 incidents of crime and anti-social behaviour (ASB) per month were reported to Metrolink over last 12 months.

There were four incidents of sexual assault on Greater Manchester’s trams in January 2022 alone, compared to three in January 2019.

A network of 51 CCTV cameras at locations around Metrolink stops in Oldham were installed in March by Oldham Council.

The new cameras provide improved images and wider coverage, not only of the platforms but also of the access points to and from them, including some of the harder to see areas.