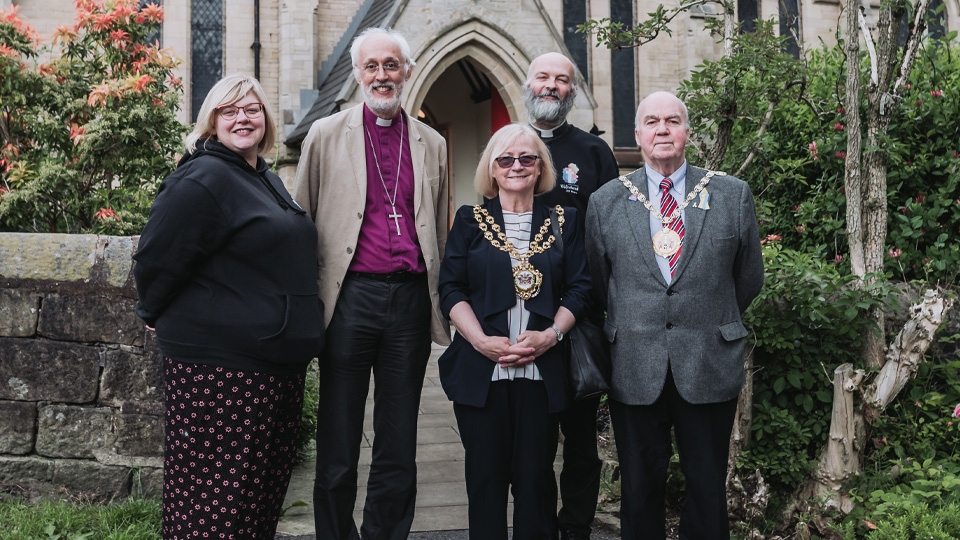 An Oldham church has celebrated 175 years since it's consecration.

Waterhead Church, near Huddersfield Road opened in 1847.  At the weekend - on Trinity Sunday - the Bishop of Manchester, the Rt Revd David Walker led the celebrations.

He was joined by the Worshipful Mayor of Oldham, Cllr Elaine Garry and her Consort Cllr Graham Shuttleworth. The service in the Church was accompanied by local brass band the Tame Valley Brass Ensemble.

Waterhead Church near Huddersfield Road opened the day after Trinity Sunday in 1847. It was built by public subscription and cost about £3600 - almost £4 million in today's money. Remarkably, it opened a little over 2 years after its first Vicar, the Revd Patrick Reynolds, moved to Oldham.

The Church later fell into serious disrepair and nearly closed. Since the current Vicar, Revd Dr Paul Monk, joined the Church, over £1 million has been raised.

He told the Chronicle "We are so proud of our church. We have now saved it for this wonderful town and for the nation."