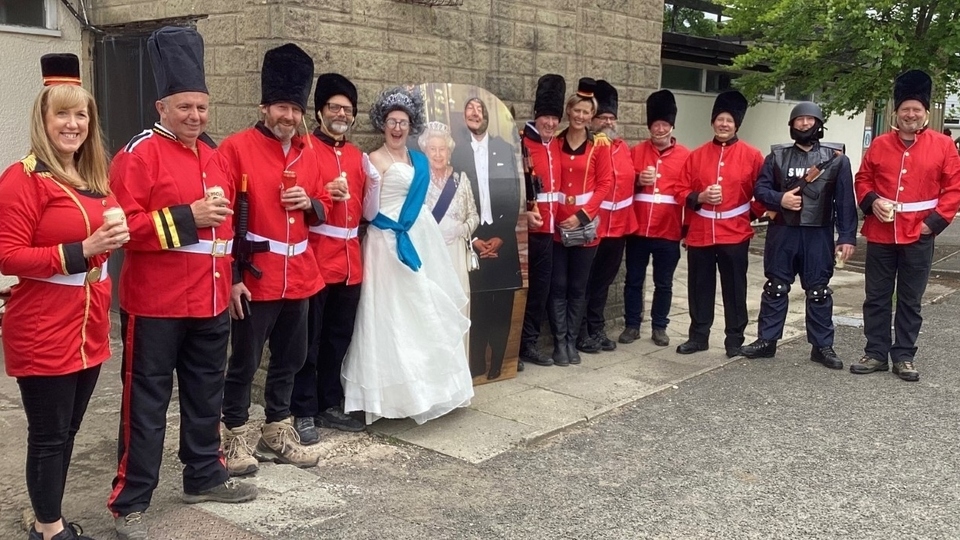 A royal guard of honour for “Queen Angie” Adamson

A kind-hearted brother and sister decided to make their unique charity fundraising event a Royal occasion… by hosting it on the Queen’s official birthday.

Justin Brown and Angie Adamson were joined by a collection of friends and villagers for the 11th Unofficial Saddleworth Beer Walk 2022 last Saturday, the Queen’s official birthday.

The duo are raising funds for the Brain Tumour Charity, the world’s leading and largest dedicated funder of research into brain tumours globally.

Angie, a hair stylist, wore an elegant full length white gown for the walk and Justin headed a squad of “guardsmen” who accompanied her on the 10-mile tour.

She said:“The charity barely get any government funding yet the treatment and care Nolianni has been given is incredible.

"She really is the bravest most inspirational little girl."

Others who took part in the gentle romp across Saddleworth villages chose their own individual charities or walked  just to ensure the event remains top of mind. 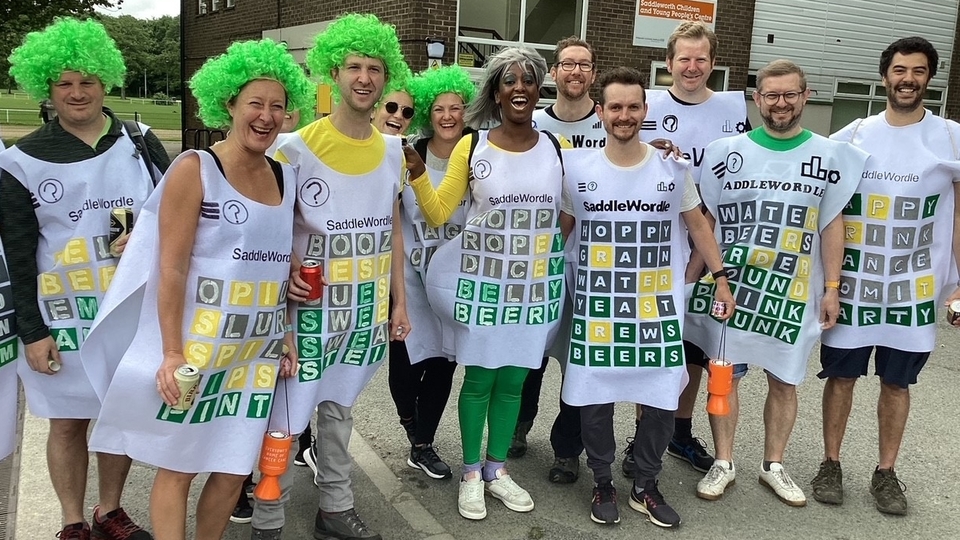 Justin, a designer and kitchen fitter, said: “Choosing the Queen’s official birthday for our walk set the agenda for the Jubilee festivities.

"The marvellous turn out by groups was truly heartwarming and showed the unofficial beerwalk is still very much alive.”

Speaking of her charity, Angie said: “Donations will help fund pioneering research to find new treatments, increase survival and quality of life and give a lifeline of support to those who need it most.”

To donate, go to: https://www.justgiving.com/fundraising/nicola-adamson6

The monarch's birthday has been celebrated in the UK since 1748, during the reign of King George II.

It was changed in 1959, seven years after she became Queen, and since then her Official Birthday is celebrated the second Saturday of June.