Long-vacant 19th century pub could be converted into new apartments 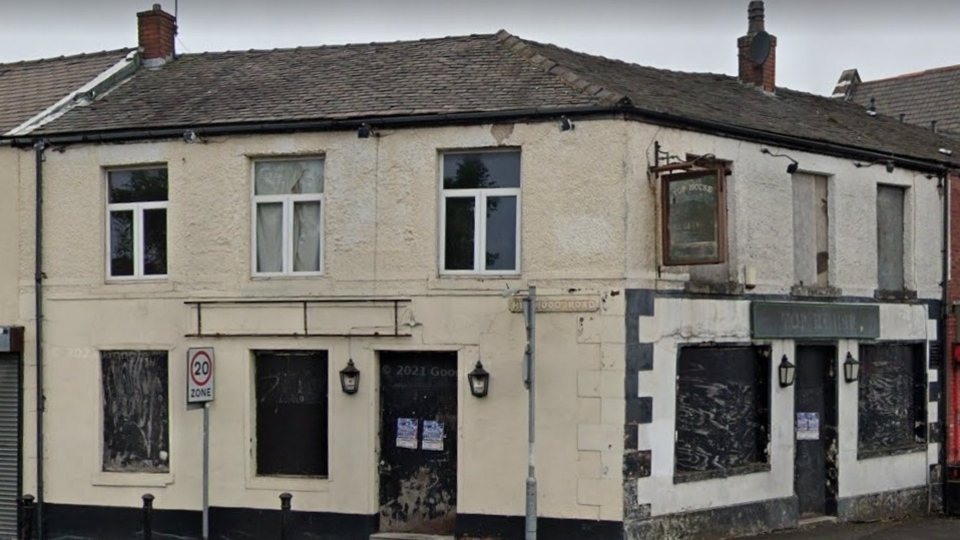 A long-vacant pub dating back to the mid-19th century could be turned into flats under new proposals for the building.

The Top House, on Manchester Road in nearby Castleton, will be converted into four one and two-bedroom apartments if the plans are approved by Rochdale council.

Residents would be served by three parking spaces at the back of the property – at the junction with Heywood Road – with the timber gates removed in order to improve visibility.

An existing first floor terrace is to be retained as part of the development, while the basement will be adapted to create a new bin and cycle storage area.

A heritage statement in support of the application – submitted by Aaron Middleton – says the former inn ‘contributes positively’ to the Castleton South conservation area.

But it adds: “The significance of the building is however threatened by its current disuse, which presents the risk of deterioration and damage to its fabric.

“The building has come to the end of its working life as licensed premises and has stood vacant for some time.

"The proposal seeks to secure its future by putting it to a sustainable alternative use.”

The appearance of the Victorian-era building – which is rendered with ornate black features in either stone or painted brick - is to remain ‘largely the same’, with only ‘very minor alterations to existing window openings’.

Planning papers note that ‘any areas in need of maintenance will be attended to during the development’.

The heritage statement says that the qualities the former pub brings to the conservation area would ‘remain essentially unaltered by the proposal’.

It continues: “The only element of change is partial blocking of the separate Heywood Road entrance to form a window, a minor change which will not detract from the overall role of the building.

“The proposal thereby meets the requirements of national planning guidance along with those of the local development plan, and accordingly approval should be granted without delay.”

A decision on whether to grant planning permission will be made by Rochdale council.