You are Here: Home » News » Main News » £1.4m fundraising campaign for state-of-the-art operating theatre off to a flying start

£1.4m fundraising campaign for state-of-the-art operating theatre off to a flying start 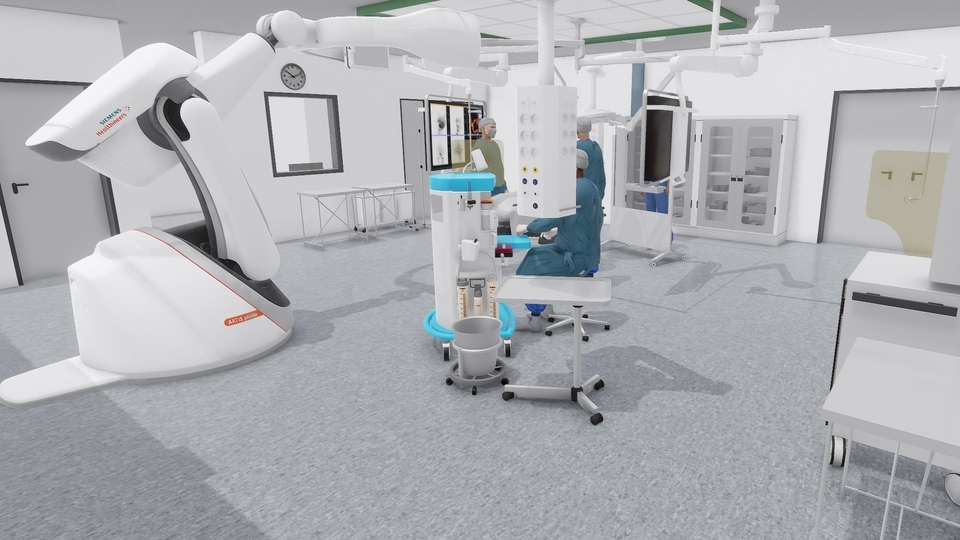 The first of its kind in the UK, the purpose-built theatre has been designed to treat patients with multiple life threatening complex trauma injuries in one place.

By removing time consuming transfers between departments, thousands of lives will be saved across the whole of the North West region.

Stephen Owen, Head of Fundraising at NorthCare, said: “The RAPTOR theatre is a ‘one-stop shop’ for the treatment of critically injured patients.

"Whether they are brought in by ambulance or helicopter, they will be treated immediately in a theatre that is equipped to handle everything from the initial diagnostic scans to actual surgery.

“We are urging people to get behind our campaign to bring this vision to life.

"There are 2.8 million people in Greater Manchester.

"If each of the 2.8 million people in Greater Manchester could donate just 50p, we would hit our target.

“Nobody likes to think they might need these facilities, but it is reassuring to know that if they ever did, the RAPTOR Theatre could be the difference between life and death.”

With completion scheduled for June 2023, the charity has just 12 months to raise the necessary funds.

The RAPTOR Appeal has already attracted support from Creamline Dairies, a Manchester-based milk and grocery business who have pledged an initial £500 donation, with further fundraising plans in progress.

Rob Purvis, Managing Director of Creamline, said: “As a family-run business, the communities we have served for over 75 years mean the world to us.

"Through the generosity and kindness of our wonderful customers, we’ve been able to support local charities and good causes through our customer lottery, raising vital funds to support such worthwhile causes.

“Salford Royal Hospital has been a valued customer of ours for many years, so to be able to support NorthCare with their fundraising for life-saving equipment for the new Major Trauma Hospital on the Salford site is fantastic and we wish them the very best with the appeal.”

Dylan Kiss, who lost his mother in the Manchester Arena bombing in 2017, has also pledged his support alongside his friend Sam Geddes.

Sam said: “Dylan and I started our fundraising events back in 2018 after Dylan lost his mum, Michelle.

"We’ve hosted charity golf days for the past three years, as I supported Dylan to use golf as an outlet while he was grieving, getting him through the tough times and giving him something to focus on.

“We chose to fundraise for NorthCare because Salford Royal Hospital dealt with the aftermath of the bombing, and the RAPTOR Theatre will help patients in similar life-threatening situations, giving them the best possible chance of survival.

“We could not be happier to be involved in fundraising for the RAPTOR Theatre – it’s a chance to be part of history, with a cause very close to our hearts.”

The charity is now appealing to local schools, businesses and the wider community to get behind the campaign and help it reach its fundraising target.

For further information and to donate, please click here