You are Here: Home » News » Main News » Oldham CSE Investigation: McMahon concerned about the 'undermining' of the report

Oldham CSE Investigation: McMahon concerned about the 'undermining' of the report 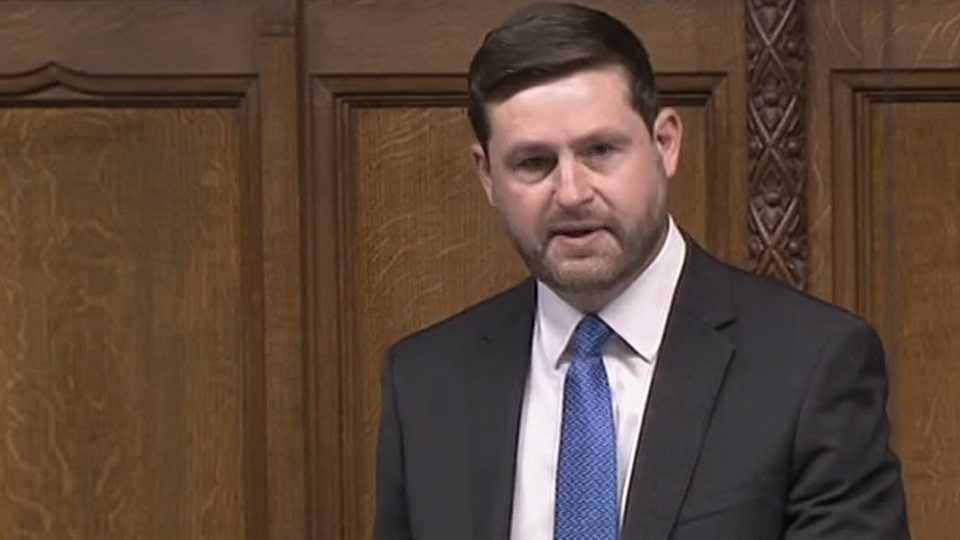 Oldham West and Royton MP Jim McMahon has expressed his 'deep frustration' with the 'continuing undermining' of the Oldham CSE report which was published last week.

Speaking in Parliament in the Child sexual exploitation and safeguarding in Oldham adjournment debate, he said the political environment in the town was diverting focus away from justice for victims and erodes confidence even further.

The report cleared the council and police of an organised cover-up but exposed serious failings in the handling of cases of child sexual exploitation.

He told the Commons: "We have seen it before, with far-right protests taking to the streets, smearing whole communities and setting out to divide. And its increased significantly with the rise of social media and conspiracy theorists' platforms such as the Recusant Nine platform lead by Raja Miah, who seeks to make financial and political gain, by spreading hate, racism, and disinformation.

"We need to be clear with the people of Oldham, about the motivations that sit behind this has little to do with being a ‘Victims Champion’."

Mr McMahon went on to list a catalogue of safeguarding issues at the Collective Spirit Free School - of which Miah was chief executive - ranging from violence against pupils to child abuse.

"Not only this, but unbelievably, he responded to a catalogue of abuse at the Collective Spirit Free School, as lies. One of the most serious cases was confirmed by a Serious Case Review by the Manchester Safeguarding Partnership where failings at the school prolonged the sexual abuse of a victim.

"And to add to that, allegations of teachers sexualising children, and basic measures like background checks not being carried out, and that the safeguarding register was falsified by staff during an inspection, to cover up their failings.

"To preside over this is one thing, but to deny it, is not the actions of someone who puts victims first."

The MP said he was 'proud' to have given a voice to pupils, parents and staff to 'expose the corruption' that took place, and it was this stance which sparked the current campaign of 'abuse, harassment and division in Oldham' as he set out on a 'self-declared campaign of revenge'.

Referring to the rowdy Council meeting on Monday which discussed the findings of the review, he said some protesters had valid concerns.

"It is true to say that some of those central to the campaign are driven by hatred, politics and that some have links to the far-right. It is also true that some have been central to spreading lies and smears and constant harassment of those they oppose. But we need to be clear that there are people with legitimate concerns that the report sought to address.

"It was also clear that there are victims who have been let down and when they came for support were turned away.

"It is clear others have loved ones who have been victims, and there are others who are horrified at the reality of abuse which takes place."

Earlier, the MP said it was clear that victims were let down by those who were there to protect them, and that "the perpetrators that carried out those disgraceful acts over a period of time feel the full weight of the law."

Responding to a question from Debbie Abrahams, MP for Oldham East and Saddleworth, Mr McMahon said evidence of failure within the police service and the local authority should be revisited.

"As leaders, we put our confidence in the professionals, in the police service and social workers to do the right thing, to step up,and make sure that nobody falls through the gap.  If there's any evidence that any professional reviewing those  cases did not take the action that we would all demand and expect, then that absolutely needs to be reviewed and re-visted - whether they are currently in post or whether they have left the post.

"I would also say this - if there is any evidence that people have got that hasn't yet been given to the authorities where there are criminal allegations or evidence of failure, then they need to be brought forward to the proper authorities so that they can be properly investigated."

The MP said it was important to 'move forward and to repair the hurt', and create an environment where people can come together to work towards fighting against the 'evil' of child abuse.

He concluded that local MPs will be 'pushing for action' from Operation Sherwood to deliver justice for victims.

"There must be a readiness to reopen cases and secure prosecutions."