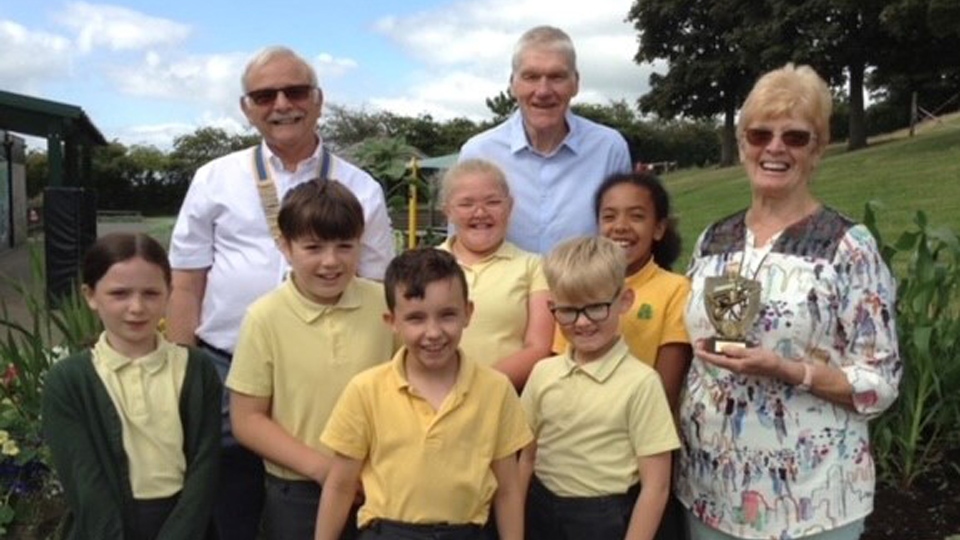 A four-strong panel of judges visited each school, and the winners were announced at the end of the primary school term.

Rotary President Garvin Crabtree said all schools put forward excellent projects and explained their journey, mostly with pictures which formed a book. “Trying to pick one that stood out was not easy,” he said.

The schools each received £75 to spend on their projects from Rotary with Booths Garden Centre, Royton, match funding their spend.

There were colourful planters, bird baths and tables, flowers to attract bees and butterflies, bug hotels and hidden artworks.

A number included sensory gardens and quiet spaces for reflection, helping mental wellbeing. And the youngsters took part in tree planting and ground clearing with more work planned in the new school year.

Teachers and pupils all commented how much they enjoyed the project and were looking forward to more next year.

Each school received a special certificate, and the overall winner, Fir Bank, claimed Rotary Oldham Metro’s Stuart Mellor Trophy for Gardening, created in his memory as a man who loved gardening.

Head teacher, Mrs. Rachael McLaughlin, said: “The children had so much fun and learned such a lot about growing things and seeing the wild life attracted to the flowers.

“And, with the help of Mr Phil Deville, restored some old box seats into planters, planted flowers and vegetables along with soft fruits. They also cleared an area and planted saplings.

“They made a fence from willows to offer a quiet space and worked on a mud kitchen and Forest School area. Everything was documented in pictures and words in a book they showed us to explain their project.”

Mr Crabtree added: “We will now have to come up with a new gardening challenge next year to keep pupils interested in gardening and the benefits it provides for our planet and wellbeing of those taking part.”