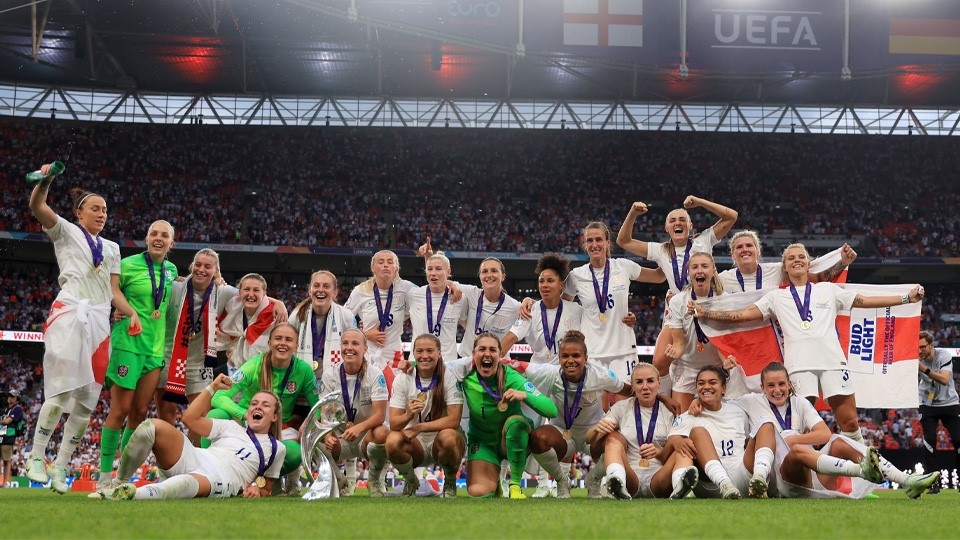 It is England's first major tournament success since the 1966 men's World Cup.

Councillor Chadderton Tweeted: "What a team. What a manager. What a tournament.

"HUGE Congratulations to the Lionesses, every single one us are mad proud."

Latics and Chadderton FC also congatulated the heroic women's team, who went one better than the men's side, who lost to Italy on penalties at the same venue in last summer's European Championship final.

He said: "The England girls have been simply amazing.

"There appears to be a genuine togetherness in the squad, and that has carried them through to this fantastic success.

"I think I'll be a lot busier covering the WSL once the new season re-starts next month."

Nationally, the Queen has led the tributes to England's Euro 2022 winners, sending a message of congratulations in which she called them "an inspiration".

"My warmest congratulations, and those of my family, go to you all on winning the European Women's Championships," a statement from the UK monarch said.

"The whole nation couldn't be prouder of you all. Wonderful to see history in the making tonight at Wembley, congratulations!"

"Football pitches across the country will be filled as never before by girls and women inspired by your triumph."

There will be a victory celebration in front of fans at Trafalgar Square this morning between 11:00 and 14:00 BST - an event that will be broadcast live on BBC One from 12:40 BST.