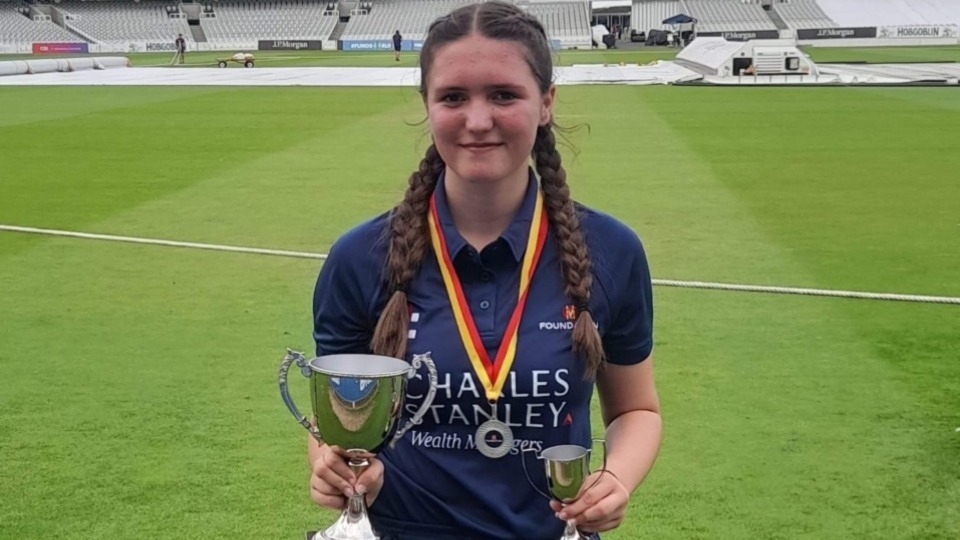 Megan Russell pictured with her silverware at Lord's

Fifteen-year-old Megan Russell claimed a series of unique accolades when she played a prestigious cricket final at Lord's.

Megan, who plays for Greenfield Cricket Club, scooped the player of the game award, she was captain, wicket keeper, opening bat and highest scorer of the team in the prestigious final with the Bolton Hub at MCC Foundation against Guildford.

Megan, a pupil at Saddleworth School, scored 37 runs in a total of 110 to secure a resounding win for the Bolton Hub, and scooped up the player of the match award.

Megan has played at Greenfield Cricket Club since she was nine years old.

﻿Her proud mother, ﻿Sally Shepherd, said: “The whole experience of going to Lords was overwhelming.

"As I'm new to cricket, Lord's was a little bit lost on me.

"And I can't quite believe it happened," she confessed.

“We handed out our t-shirts done by Drifthill Designs and all girls seemed excited.

"They left us and we made our way to the pavillion.

"We got ourselves some amazing seats on the balcony.

“Megan had her first interview of the day and we had a lovely tour of the museum, the ground and the media centre.

“Megan lost the toss so were we put to field.

"It wasn't what she wanted, but she was much calmer.

"Megan kept well, Lily Bailey bowled great, but their captain did the damage - until  she was run out by Megan.

“So Megan puts on her helmet again, walks through the long room and steps out onto the grass as opening bat. 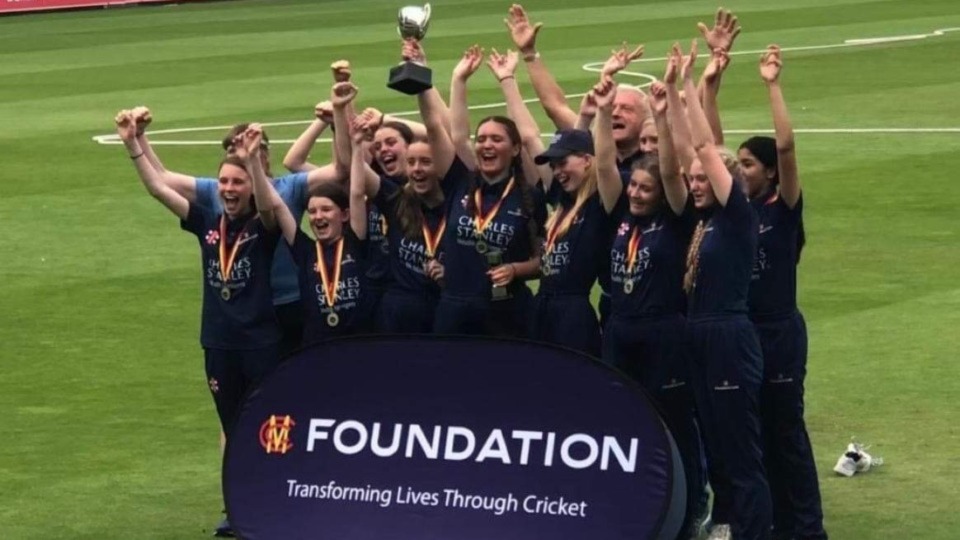 "I cannot express how I felt. Sick probably sums it up. But she did what she does.

"And she smacked her first EVER six at Lords. I was in bits.

“Megan was bowled by an excellent delivery, but she was chuffed to bits with her performance.

“Lily put on a further great score and the other girls did what was asked.

"It got way too close for my liking but another fantastic six in the final over rgave us the game.

“They were buzzing. Medals were given out and then came player of the match.

"She's truly, truly amazing. A very special young lady and I think that proves it.

“It was so amazing to watch my girl play, but the day was made so much more special for me to have Marie, Gary, Deirdre and Emily there and also so many messages of support from everyone.

"Dad was defo watching her.

“Kathryn Johnson, you were amazing, thank you for being Megan's biggest supporter, Shirley Ann Maiden, watching her first ever cricket game, other friends on Facebook, Paul Gardner, Christine Hutton, and especially everyone at Greenfield Cricket Club, big shout out to Greenfield twitter with a running commentary too!”

And Mrs Shepherd promised: “I will  go over every message again today, and probably cry a ton more.

"Thank you everyone. Megan you are the bestest.”