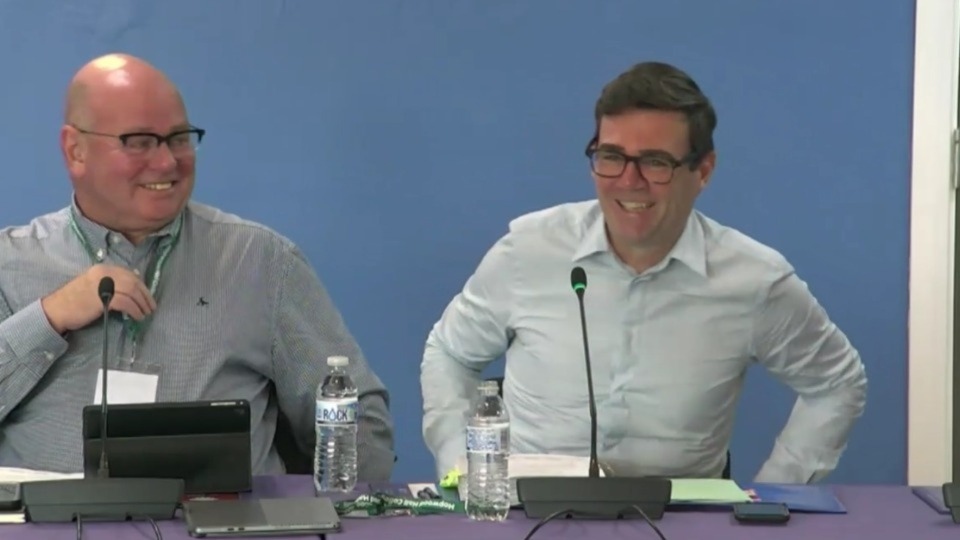 Plans to bring buses in Greater Manchester back under public control are progressing as leaders agree to buy new electric buses and bus depots.

The Bee Network – the name given to the new London-style integrated public transport system – is set to be rolled out across the region by the end of 2024.

Fares are set to be slashed to £2 for a single journey from September using government-funded subsidies – but bus firms are yet to sign up to the deal.

Leaders have also agreed to buy 50 zero emission buses for Wigan and Bolton where the first publicly controlled buses will operate from in September 2023.

And around 170 diesel buses on routes to and from Stockport town centre will be replaced by zero emission equivalents by spring 2024 at a cost of £85.4m.

It comes days after the Court of Appeal dismissed a legal challenge by Diamond Bus owner Rotala over the introduction of a franchising system.

Under the new system, bus firms would bid to run services with local leaders controlling the routes, fares and ticketing for the first time since the 1980s.

Earlier this year, mayor Andy Burnham said single journeys would be capped at £2 for adults and £1 for children while multi-operator day tickets would cost £5.

He committed to slashing fares from early September, before buses are under his control, by using a government-funded pot to subsidise the price of tickets.

But bus operators, which are not expected to be affected financially by the new flat fare structure, have still not signed up to the offer by Mr Burnham.

Final approval of the Bus Services Improvement Plan (BSIP) for Greater Manchester, which will subsidise the fares, has also not been confirmed.

But Greater Manchester Combined Authority (GMCA) chief executive Eamonn Boylan said there’s no reason to assume the city-region will not get the money.

Another government pot will help fund the 50 new zero emission buses which leaders agreed to buy for the Bee Network at a meeting on Friday (July 29).

Meanwhile, the 170 zero emission buses ifor Stockport will be funded by bus operator Stagecoach and the government with the GMCA paying £12.5m.

Council leaders also agreed to start negotiations to buy bus depots ahead of the franchising system coming into force with a budget of more than £200m.

Speaking after a GMCA meeting on Friday (July 29), Mr Burnham said he is ‘delighted’ to be setting the wheels in motion for his Bee Network vision.

He siad: “Not only is this really important in the current cost-of-living crisis, it also signifies the first major step towards a transport system that is greener, better integrated, more accessible and more affordable.

“Alongside investment in infrastructure, we will provide better access to jobs and essential services and make a major contribution to improving the quality of life for all our residents, particularly the third of households who do not have access to a car.

“We also hope that better and greener public transport will encourage more people out of their cars, helping to clean up our air and support our ambition to be carbon neutral by 2038.”