You are Here: Home » News » 'A play everyone should see'

'A play everyone should see' 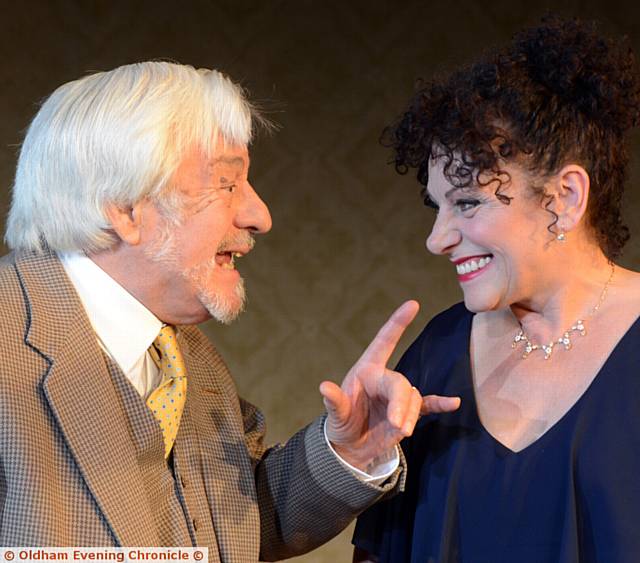 AT first sight this doesn't seem to be a typical "Coliseum play": it's fairly new, not at all easy to watch and doesn't send you out keen for more.

But despite its subject ­- dementia ­- it's a play everyone should see. Not just because its humour is jet black; not because it marks one of Coliseum old hand Kenneth Alan Taylor's finest performances in years, but because as a package it is remarkable, directed with raw honesty by Kevin Shaw.

But have no doubt whose show this is: Kenneth Alan Taylor returns triumphantly to Oldham in a performance that. like the play, starts out charmingly and gets darker and sadder as the minutes tick by, clearly affecting him emotionally at the close.

The drama creeps up on you. At first it seems fairly ordinary and a bit sentimental as dear old dad (Taylor) fusses over his missing watch and other simple details of everyday life with his daughter Anne (Kerry Peers).

A broken piano sits in the foreground of Patrick Connellan's set; something once capable of beautiful things, now incapable of repair.

This is the lot of 80-year-old Andre (Taylor), a former engineer, whose once-precise mind is now working against him.

French writer Florian Zeller's multi-award-winning play is the best representation I've seen of the mind's breakdown due to age: the forgetfulness leading to frustration; the repetition that annoys those close, the cruel imagination that invents information out of thin air, that imagines a room whose furniture keeps getting moved or missing, the painful remembrance of childhood and eventually, the drifting away altogether of reason.

The play covers this deceptively simply, its effect devastating. Over a short period we see likeable Andre descend into confusion; he rejects a carer, likes another (Jo Mousley); thinks his daughter is someone else (Helen Kay), and that her partner (John Elkington) is a completely different, crueller person (Colin Connor).

As well as being a potent description of dementia's effect on the sufferer, the play also charts its ugly effect on his family. Kerry Peers is heart-breakingly good as Andre's daughter, desperate to help her father despite his cruel jibes in her direction.

The performance is over by 9.30pm; its effect will linger for days.