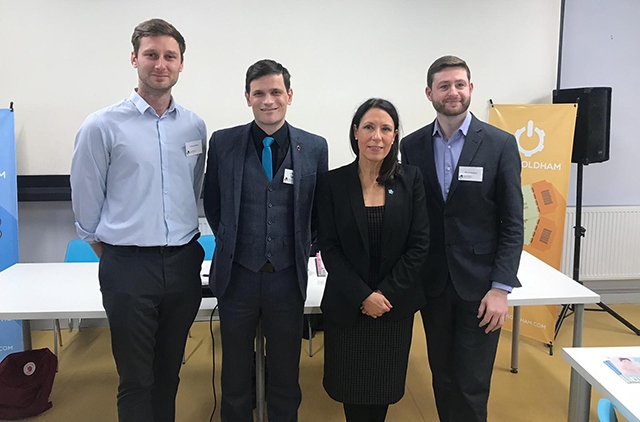 Local business representatives from across Oldham, Saddleworth, Royton and Shaw met with MPs Debbie Abrahams and Jim McMahon, Oldham Council Leader Sean Fielding and Craig Dean, Vice-President of the town’s branch of GM Chamber of Commerce, at a round table event to discuss views on Brexit and make plans to support those who will be affected by leaving the EU.

The event was organised by Oldham East and Saddleworth MP Mrs Abrahams, in conjunction with the Greater Manchester Chamber of Commerce, and was staged at Hack Oldham on Yorkshire Street.

The three politicians, and Mr Dean, moved from table to table during the event to gauge opinion and listen to any concerns the businesses raised.

The range of views expressed by attendees covered the whole spectrum from those in favour of Brexit through to those who had serious concerns about the process and what the future holds for Oldham businesses and the UK as a whole.

All raised concerns about the effect the EU referendum has already had on investment and on EU national staff.

Another key concern was about EU funding, which many benefitted from, and whether the Government would provide equivalent support.

After the event, Mrs Abrahams said: “The purpose of this event was to listen to Oldham businesses about what they think the effects of leaving membership of the European Union will be and see how we can best help them, be it at a local or national level.

“Although there were a range of views, both for and against leaving the EU, the over-riding feeling was one of uncertainty and concern about the lack of preparation the Government has put into place.

“The Tories chaotic and lacklustre negotiations have meant the draft withdrawal agreement is a poor deal for the country harming jobs and workers’ rights, environmental protections and living standards. 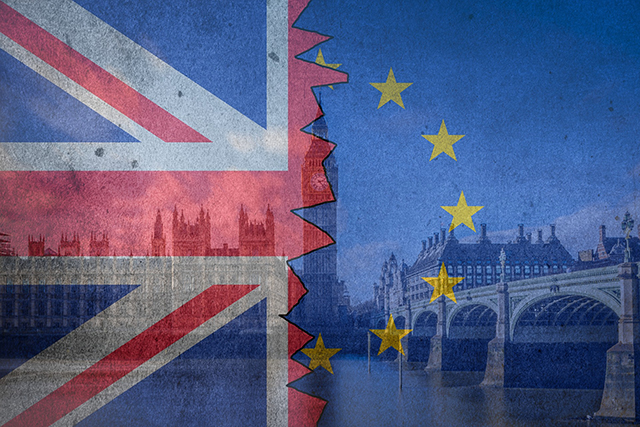 “It was clear that businessmen and women across Oldham felt frustrated by this, the lack of clarity from Government and had real concerns about their businesses’ future, with 14,000 jobs across Oldham potentially affected.

“I would say a majority of the attendees felt they simply didn’t have enough information about what the implications Theresa May’s proposed deal with the EU might mean for them or, indeed, the businesses across the whole UK.”

Oldham West and Royton MP Mr McMahon said: “From our discussions it’s clear to me that the Brexit process is a challenging and worrying time for many businesses across the borough, and it’s made worse by the uncertainty of a Tory party that’s being torn apart by in-fighting at this critical point of the negotiations.

“We will be working as a team with organisations such as the Chamber of Commerce to support local businesses and creating a cross-sector partnership is a key starting point to do that.”

Mr Fielding said: “It’s crucial to our vision of creating a thriving Oldham borough that we have a successful local economy.

"That’s why Debbie, Jim and I co-hosted this event with the Greater Manchester Chamber of Commerce to listen to local businesses owners and give them the chance to tell us how they feel about the Brexit process and what we can do to help and support them.”

Mr Dean, who is also Chief Executive of Web Applications UK, said: “Whatever your views on Brexit, the one area in which we all agree is that the actions we take in the lead up to March 29, 2019 will have repercussions for many years to come.

“In that context, the one thing we can’t afford to do is stop talking to one another.

"As such, the Oldham business community welcomes the opportunity to have a frank and meaningful discussion with its members of Parliament.”