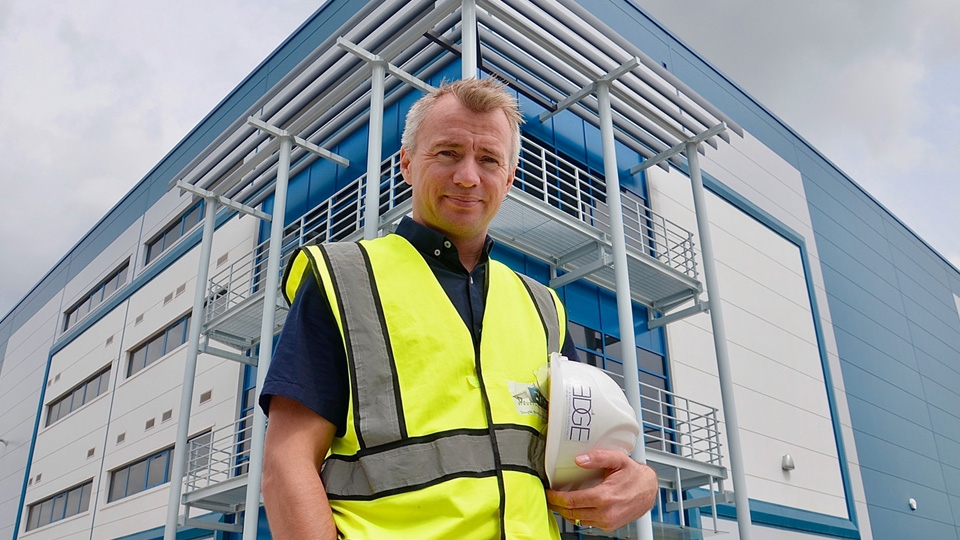 Adam Sedgwick of Edge Structural Design at Haydock Green in front of balcony steelwork at the warehouse reception.

Structural and civil engineering company Edge Structural Design has completed its specialist services for a new logistics site near St Helens and the M6 motorway.

Oldham-based Edge Structural Design provided civil and structural engineering services for the Haydock Green development on greenfield land west of Junction 23 of the M6. Edge was a consultant to the developer, Morley Estates, and builder Barnfield Construction.

The Haydock Green development centres on the construction of two large warehouses, one on a 7.2-acre plot and the other on a 17-acre plot.  The warehouses will be used mainly for climate-controlled storage and distribution but include some offices.

Pharmaceutical logistics firm Movianto is due to move there in 2020 from its existing base in Knowsley. Movianto’s operations will centre on a 373,000-sq ft climate-controlled distribution centre, which is expected to create employment for 300 people. One hundred existing staff are due to be transferred there from Movianto’s current base at Knowsley Industrial Park.

Work began on-site at Haydock Green in April 2018 and the handover was completed recently.

Edge’s services at Haydock Green focused on cut-and-fill earthmoving analysis and access roads around the site, car parks, drainage, retaining wall and foundations for the new warehouses. Other work includes the design of balcony steelwork around the warehouse reception area and offices. 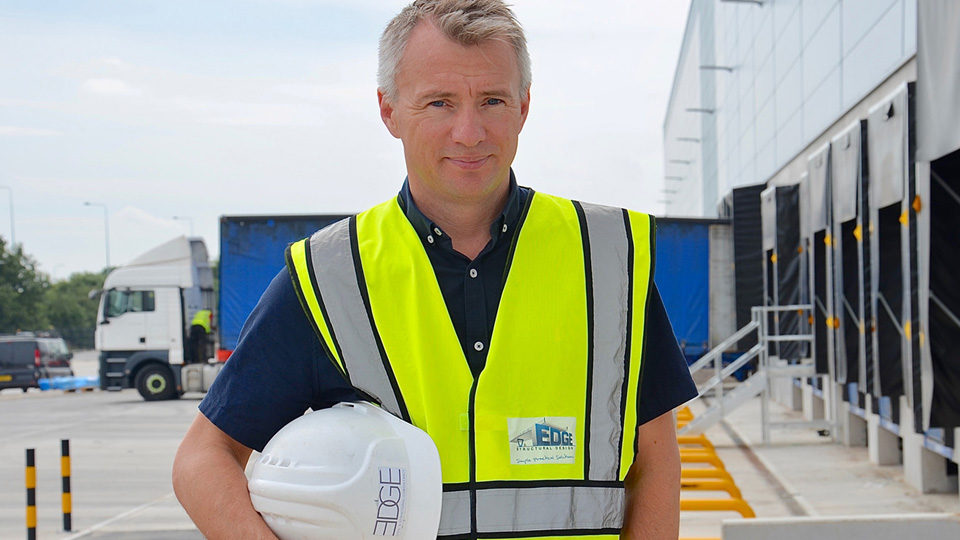 Adam Sedgwick, founder and managing director of Edge Structural Design, based at Chambers Business Centre, Oldham, said: “Haydock Green is the biggest plot of land with the biggest industrial buildings that Edge has worked on to-date.

“The project required major cut-and-fill analysis and excavations to level the site.  We surveyed the topography, which was followed by the excavation and relocation of 42,000 cubic metres of soil to the low areas. The quantity of earth moved was equivalent of 17 Olympic-sized swimming pools.”

Other services included carriageway alterations to widen the A599 Penny Lane to form a third lane and creation of new on-site car parks, access roads and a service yard.

The site’s drainage system design uses underground stormwater attenuation tanks to capture rainwater and then slowly release it at the same rate as agricultural green fields to reduce flooding.

Adam said: “The drainage system uses underground tanks manufactured by St Helens company Tubosider. Two large tanks were provided, the first comprising four 2.4 meters in diameter measuring 110 metres long.  while the second is also 2.4 meters in diameter by 132 metres long.  Theses can hold a total of 3,200 cubic metres of rainwater, which is seven days’ worth of constant, heavy rainfall.

The site has a mains water pipeline running below it, serving Warrington and Haydock. This was retained and the new site’s service yard is located above it.  Elsewhere, lagoons have been created to protect wildlife.