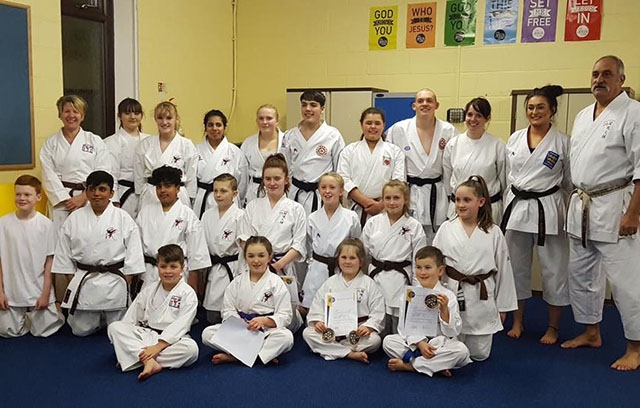 Fourteen members of the Lees and Greenacres-based Kenny Karate club did Oldham proud at the recent European Cup tournament, which took place in Montecatini, Italy.

All of the Oldham club’s members that competed for Great Britain in Italy were aged between 10 and 25 years old, and all were crowned European champions or medalled in their individual categories.

Rosy and Miya won a gold and a bronze medal each.

Mariyah Akhtar and Toby Wrigley both won a silver medal each, while Jamal Akhtar, Aqib Jawad and Autumn Holmes were each rewarded with a participation medal.

Since the Kenny Karate medal winners returned from Italy, they have been selected to represent England at the forthcoming World Championships, which takes place in Dundee, Scotland, in June this year.

That will be the first time the world championships has been held in the UK for 20 years, but entries and expense costs will come to approximately £1,500.