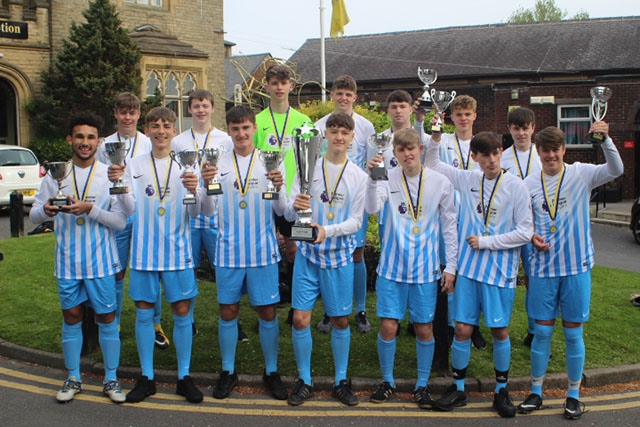 The local lads won a thrilling final, 4-3 against Manchester Creative Media Academy, in what was a fantastic game.

The boys have been desperate to win this cup for five years and after two previous County Cup final defeats, they have finally emerged triumphant.

Crompton House were up against 42 schools in this competition at the start of the year, and have finally become champions.