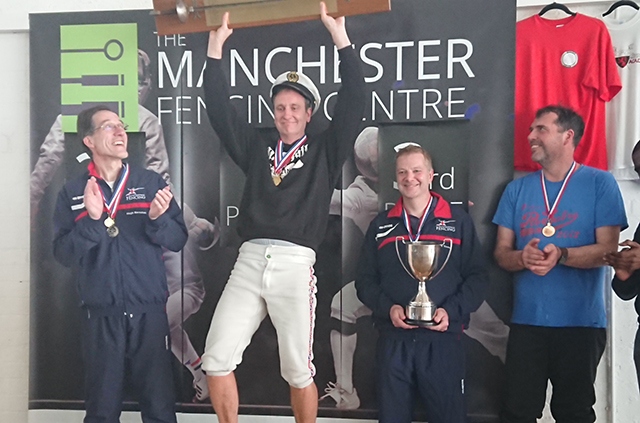 Over three days, fencers aged 40 and over battled in foil, sabre and epee to qualify for a place at the world championships to be held in Livorno in October.

The oldest competitor, an ex-Olympic fencer aged 79, qualified for the world championships in her age group.

As well as being good business for the Fencing Centre, the event generated considerable income for the local community with members from around the country, and as far away as Northern Ireland, staying in local hotels and enjoying nearby restaurants and pubs.

The Marshall Fencing Centre opened its doors in November 2015 to offer coaching in all of the fencing disciplines as well as offering school sports/games and after-school programmes.

Children as young as seven are now active members of the Fencing Centre.

One of Manchester Fencing Centre’s three partners, Michael Swiffin (43), came second in the Championship and qualified for the England Veterans' Commonwealth Fencing Team, which will be competing in Australia in November.

He has just returned from Holland where he competed for the European Veteran Team Event and the England Team in the Four Nations.

For more information about the centre and its programmes, email: enquiries@themanchesterfencingcentre.co.uk