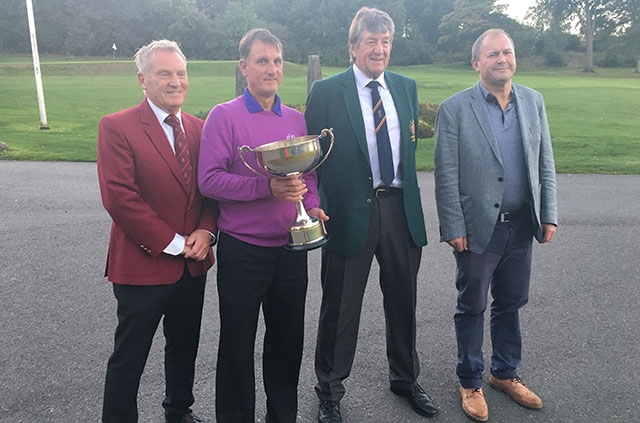 Hosts Saddleworth claimed both team and individual honours at the Brian Atack Trophy, the traditional end-of-season tournament for the Oldham and District Golf League.

Club president Dave Fox partnered teammate Graham Hobbs to a 46points betterball Stableford score that included three 2s and gave them a two-point winning margin on the rest of the 160-strong field.

And that 46-point tally proved crucial as the club’s best three scores tally of 129 was just enough to pip rivals Stamford and Blackley by a single point.

But once Saddleworth’s 46+42+41=129 took the lead ‘A’ team captain Dave Chapman had a nervous wait to see if they would be caught.

Blackley posted two scores of 43 and a third would have meant a countback but two of their last three pairings posted 42 to come up just short.

The event also doubled up as the presentation event for the season with Ashton crowned ‘A’ Premiership champions and Brookdale ‘A’ championship winners - that sees them returning to the top flight in 2019.

The ‘B’ team honours have still to be decided with the League play-off between Dukinfield ‘B’ and Stamford ‘B' at Crompton and Royton on Sunday October 7 (10am) and the ‘B’ Cup final between Crompton and Royton ‘B’ and Oldham ‘B’ at Brookdale (1pm) on the same day.