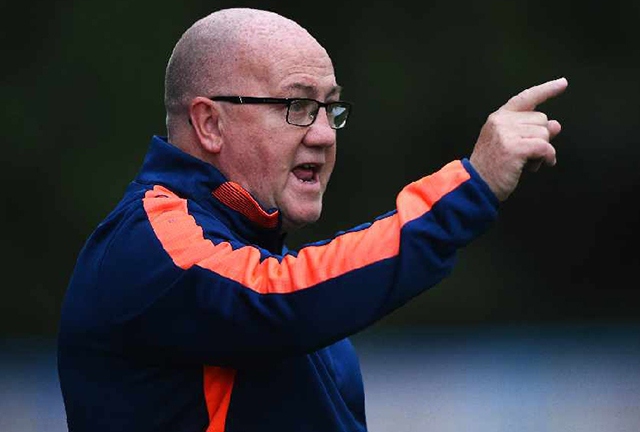 After more than seven years at the Tameside Stadium, National League North side Curzon Ashton have announced they’ve parted company with their manager John Flanagan following a run of one win in their last seven games.

A statement on the club’s website confirmed the news, claiming “recent results” as the reason for the change.

During his time at 'the Nash', Flanagan has helped the club to the Northern Premier League Cup Final in 2013, where they narrowly lost on penalties.

He also guided Curzon to the league title in 2014, the first time they’d won the league for 36 years as they gained promotion to the NPL Premier Division.

It got better for Curzon the following season when they beat Ilkeston Town in the playoffs to gain promotion to the National League North, where they remain.

Flanagan has also guided the club to their highest-ever league finish and thrust the club into the national headlines with a run in the FA Cup when they made it to the second round of the competition, losing out 4-3 to AFC Wimbledon.

In a statement on their website, Curzon Ashton said: “The club regret to announce that due to recent results a decision has been taken to replace John Flanagan as the Curzon Ashton manager.

“Over the past seven years John has done a tremendous job, gaining two promotions resulting in Curzon playing at the highest level in its history.

“We would like to thank John for his hard work over the years and wish him well for the future.”