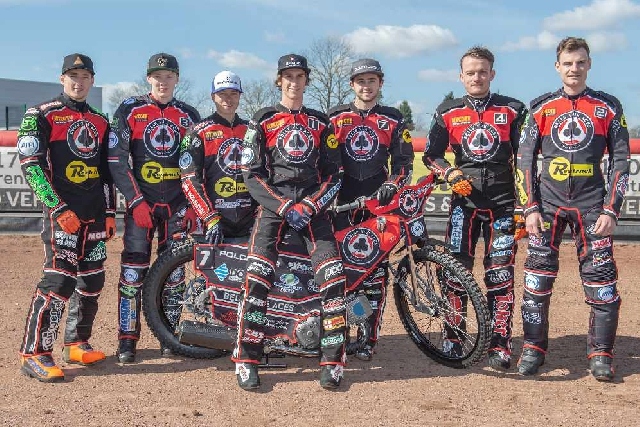 The meeting launches the Premiership Supporters’ Cup, and they head to the EOES targeting a big performance ahead of the return fixture at the National Speedway Stadium on Thursday April 4.

The PSC enables supporters to interact and play an active role in the meeting itself, with a public vote via each club’s Twitter account deciding the two teams’ Heat 14 representatives.

The Rentruck Aces have been boosted by Dan Bewley’s return to the shale while Aaron Summers replaces Craig Cook in the opposing 1-7, after the latter’s deal with the club collapsed.

Club No.2 Steve Worrall said: “Peterborough is a fantastic race track, not unlike our own in many respects and I think we’re all looking forward to seeing top flight racing return there.

“Most of our guys go very well there. It’s new to a couple of them but we’re all quick learners in this team and everyone will no doubt pitch in to help. I think it’ll be close but we have a good chance.

“The Panthers have a side that enjoy getting out in the dirt so it’ll be exciting to see what the outcome is, but I’m confident we can go there and do as good a job as we know we can.”