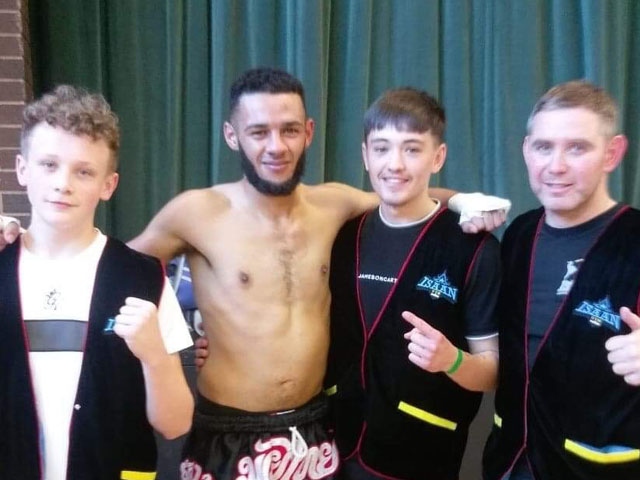 22-year old Connor Bourne from Waterhead made an instant impact in his second fight by stopping his opponent in the third round.

The five round contest took place at the recent Rise Of The Machines Thai boxing show in Widnes.

Head coach at Isaan gym, Ste Donnelly said "I was over the moon with  Connor's performance, there is a real buzz in the gym at the moment with the success of the junior team.

We are building a good adult fiight team, Connor has only been training for just over 14 months and he will be making his class debut at the DW Stadium in Wigan in Majestic Gym's promotion of Rising Up 8 next month."