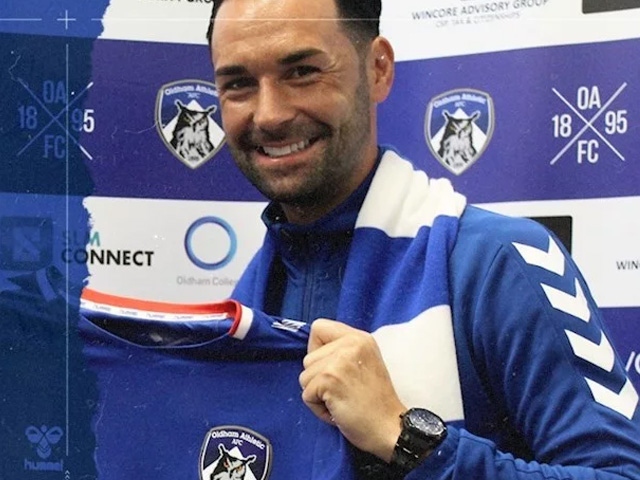 The 33-year-old has put pen-to-paper on a 12-month deal with Latics.

Eagles will wear the number 33 shirt this season.

He made 17 appearances for Manchester United after graduating from the academy at Old Trafford in 2003.

He is also experienced in the football league, having had spells with Burnley, Bolton, Blackpool and Charlton.

His later career took him to Bury, Accrington Stanley and Port Vale.

Eagles was most recently playing for Ross County in the Scottish Premiership.

The winger may need time to get back up to speed, though, having spent 15 months as a free agent before arriving at Boundary Park.

Eagles' most successful spell of his career came at Turf Moor, where he netted 21 times in 120 league matches.

He was part of the Burnley team that won promotion to the Premier League through the playoffs in 2009.

He went on to appear for Bolton in the top flight, though - like his time in the Premier League with Burnley - the club was relegated at the end of the season.

Eagles was part of the Oldham squad that travelled to Morocco for the pre-season tour.