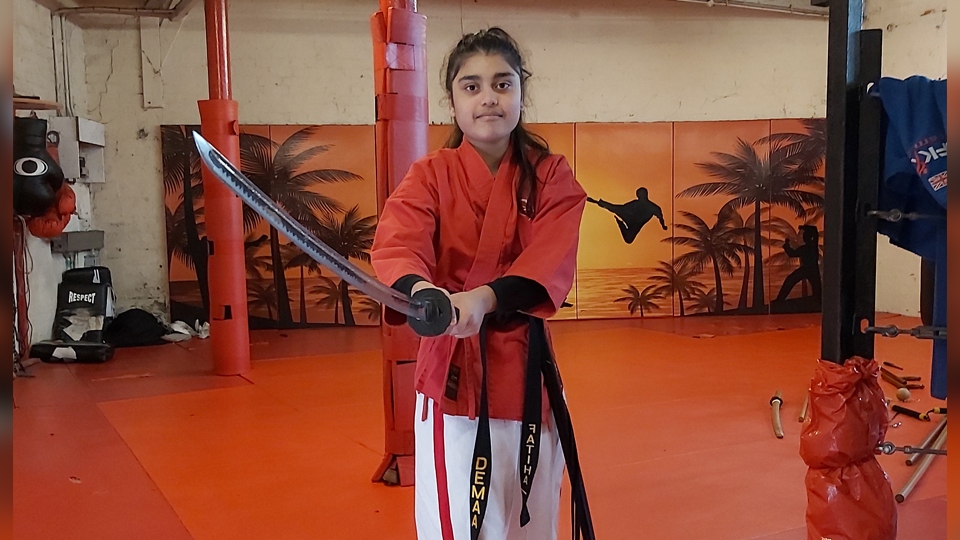 She is already a blackbelt in kickboxing and a brownbelt in muay thai, but now she has secured a prestigious blackbelt in weapons stage 6 - the first Oldhamer to achieve such an honour in its 40-year history.

Extremely proud dad Shiblu said: "Fatiha has worked and trained so very hard since taking up martial arts at DEMAA seven years ago.

"She initially took it up to help with self control and because she'd suffered some bullying at school.

"Now she competes in tournaments all over the United Kingdom."

Fatiha's grading ceremony took place at DEMAA's Bridge Street base over the weekend.

Meanwhile, Shiblu is seeking sponsorship towards the cost of travelling to various competitions and training.

If you or your company can help, please email Shiblu: shiblu12@hotmail.co.uk