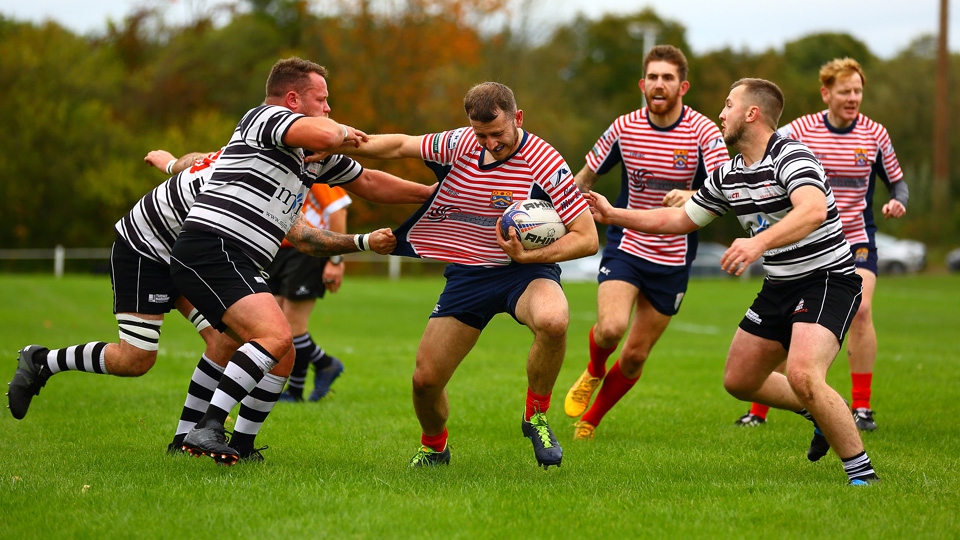 Whilst it’s too early in the season to talk about must-win games but after back-to-back defeats to teams at the top of the table, a win was a welcome result this weekend.

And we started the game really well, playing up the hill and into the elements. Wigan were conceding penalties and were forced into mistakes as Oldham dominated proceedings with some impressive phases of play from the outset. But despite the dominance, Oldham weren't able to get the scoreboard moving and the hosts survived a difficult opening 15 minutes.

As the momentum began to shift, Oldham’s frustration began to show, conceding too many penalties. Wigan began to build pressure in the Oldham 22 and despite some excellent defence, Wigan opened the scoring with a try in the corner to lead 5-0.

The restart didn't go the required 10 metres and Oldham were immediately under the cosh again.  However, defence was resolute, and lines were cleared. Moments later Nick Hackman broke from his own half and timed a pass perfectly to release Jack Taylor on the left wing on the 10m line. Taylor found himself one on one with the full back. A shimmy and a feint left him flat-footed, and Taylor scored by the posts to level the scores.

Conditions were in Oldham's favour in their second half. The forwards had power and energy with Tom Hannon, Sayle, Rob Froggatt, Hackman and Brennan providing the grunt and Ryan North, Adam Takila and Jay Taylor covering every inch of the pitch. Phil Whitham and Jordan McEwan gelled well and we're seeing the beginnings of a decent partnership between Lewis Townsend and Owen Hewson in the centres.

Wigan regained the lead with a penalty on the 22 but Oldham started to use the elements and Froggatt in particular hoofed some huge kicks deep into the Wigan half.

Oldham produced the best piece of attacking play of the day after turning the ball over just outside the 22.  Brennan made a break down the left with a show and go. He fed McEwan who produced an excellent inside ball to Jack Taylor who ran a great line through the defence to score untouched by the posts. Froggatt's conversion made the score 8-12.

Oldham were well on top now with Wigan struggling to get out of their own territory.  Victory was sealed when Brennan picked up and scored from the back of a 5m scrum with 15 minutes to play. McEwan's conversion made the final score 8-19.