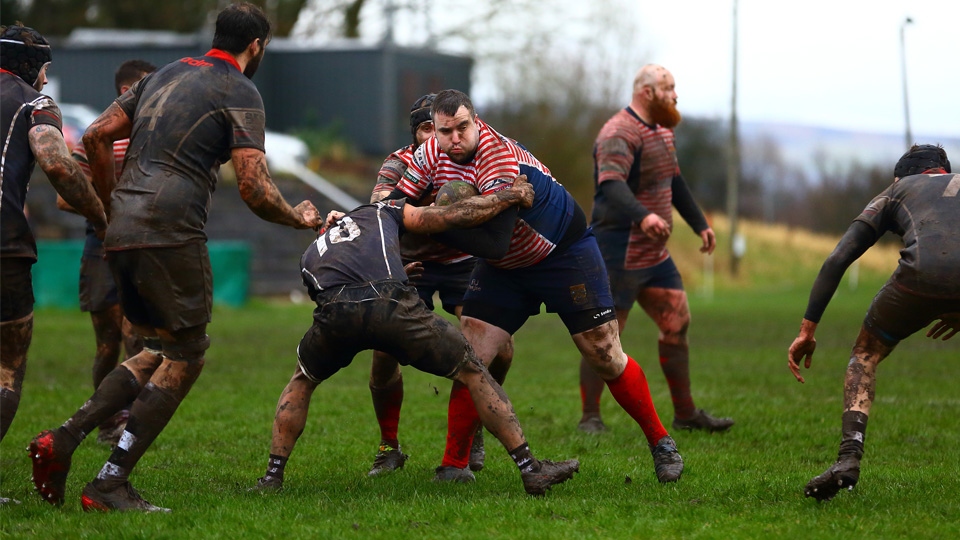 On Saturday, Wigan came to Oldham in what could be a massive result which could determine the second team to go down at the end of the season. It was also the Old boys reunion and the sausage tasting competition so a dry day would have made it all the better. Unfortunately we didn’t get that. Instead it poured down and the temperature seemed to drop just before KO.

The teams ran out and a minute’s applause with everyone out on the terrace for those we’ve lost was a sight to see. Some 120 plus people attended the Club during the day

Oldham had as close to everyone available and the coach unfortunately had to leave people out for the first time this season.  Oldham started well and took control early on with territory and possession. A lineout on the Wigan 5 metre line brought Oldham’s pack together and after a good catch from Ryan Pickles, Oldham drove forward and Jordan McEwan scored. The conversion was missed and Oldham had it at 5-0.

The rest of the first half was a case of Oldham having territorial advantage but not quite being calm or smart enough to grind out any further advantage up to half time. The conditions meant now that the pitch was cutting up and you could see the heat rising from the groundsman Alan Hollingsworth’s head. 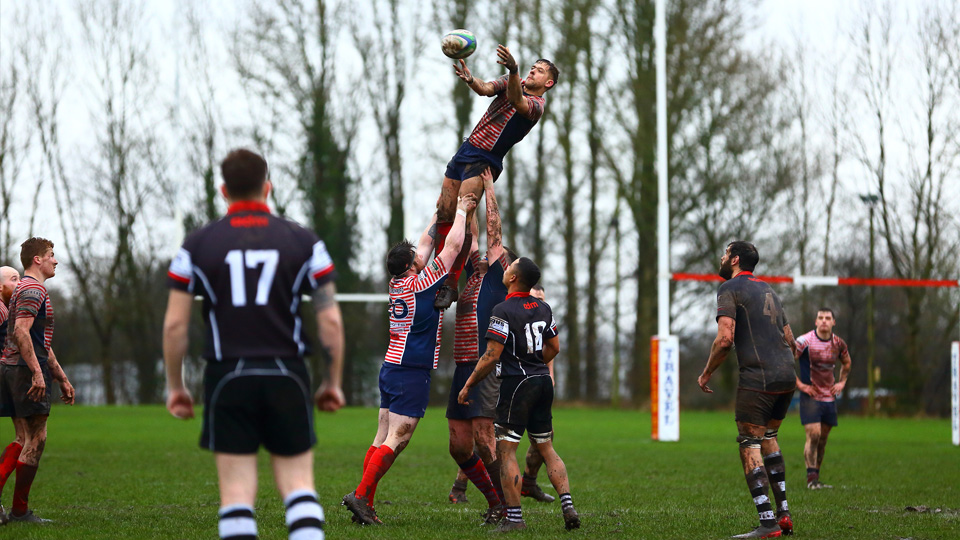 The coach asked for calm and control at half time and for Oldham to believe in going through the phases and their processes. To say that the second half was an arm wrestle would be an understatement. Our captain Jack Taylor, as so many other times this season, led from the front putting his body on the line. Having made some changes and the scrums being uncontested it took some sting out of the game and both sides failed to take full control of the game. Oldham thought they had scored when Adam Walker went over but the ref didn’t see a grounding.

Wigan struggled to get into the Oldham 22 during the game and there was only a handful of times this happened. There was no further score in the match and it finished much to the coach’s relief 5-0

Not a match of the year contender for sure but what was evident was the Oldham defence stood firm in poor conditions. The first shut out of the season in the most important game shows the grit and determination that the team display every week. Jack Taylor was named MOM for an outstanding defensive performance.

If you would have given us that score line at the start of the day we would have taken it however both the coaching party and players felt we were much better than the end score line.

A much needed win for us and the best part of the day was catching up with everyone in the bar afterwards for a good few hours where some had not crossed paths for over ten years or more. That is what clubs like ours should all be about with120 plus people attending the Club during the day to reminisce with old friends.

Can’t tell you who won the sausage competition however all I know is that they need to lower the price of rum at the club as the wallet was empty Sunday morning.

On Sunday Oldham’s Corey Kelly represented Lancashire against Cheshire U 16’s and came away with a win 17-15. Well done Corey – a great achievement.