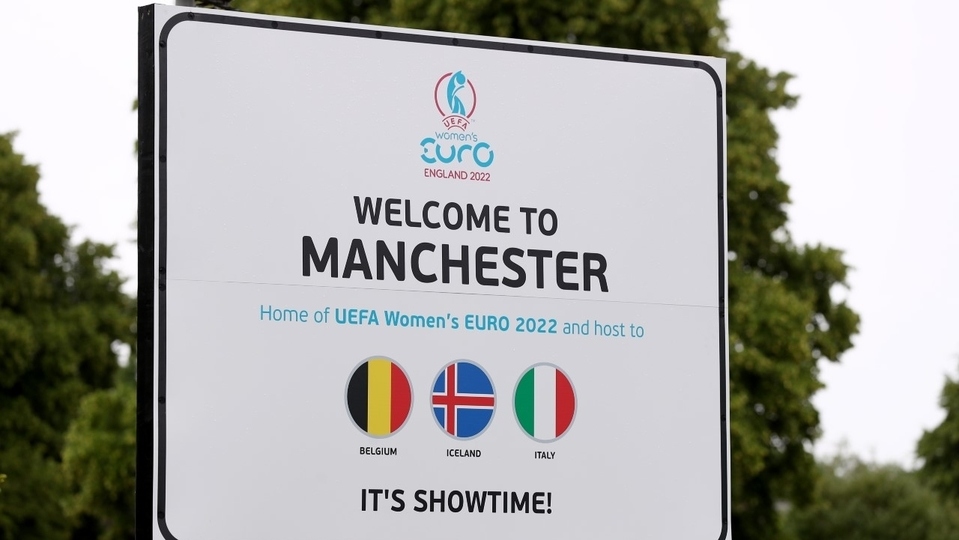 The tournament is expected to be the biggest women’s sporting event in European history, with many of the world’s greatest female footballers taking part.

Manchester, Trafford and Wigan and Leigh will play host to eight games throughout July, including England’s opening match against Austria at Old Trafford, and a quarter-final tie.

The new UEFA Women’s EURO roadsigns showcase the national flags of the teams playing in the region.

The signs are installed in preparation for the biggest celebration of women’s football in European history.

With over 450,000 tickets sold, even before a ball is kicked, this year’s event has already surpassed the previous tournament record of 240,045 set in the Netherlands (2017).

Ahead of the opening match at Old Trafford on July 6, fans are encouraged to welcome and embrace all the teams arriving into the region.

"We have an exciting few weeks ahead and a fantastic opportunity for football fans to experience some of the world’s very best players on their doorstep.

"As we look ahead to the opening match, excitement across the country is growing at an incredible rate.

"Anyone who hasn’t got a ticket still has a chance to get involved and show their support for what is already a huge history-making moment for women’s football.”

During the tournament, fans in Manchester will be able to watch some of the best players in the world.

BBC Women’s Footballer of the Year 2021 and Netherlands international Vivianne Miedema will be fighting for the title in Wigan and Leigh.

UEFA Women’s EURO England 2022 brings the tournament back to England for the first time since 2005.

Tickets are still available for fans to experience a record-breaking tournament that aims to unite football and communities and amplify the growth of the women’s game.