You are Here: Home » News » Local Sport » Impressive Adam Scratch-es off another title

Impressive Adam Scratch-es off another title 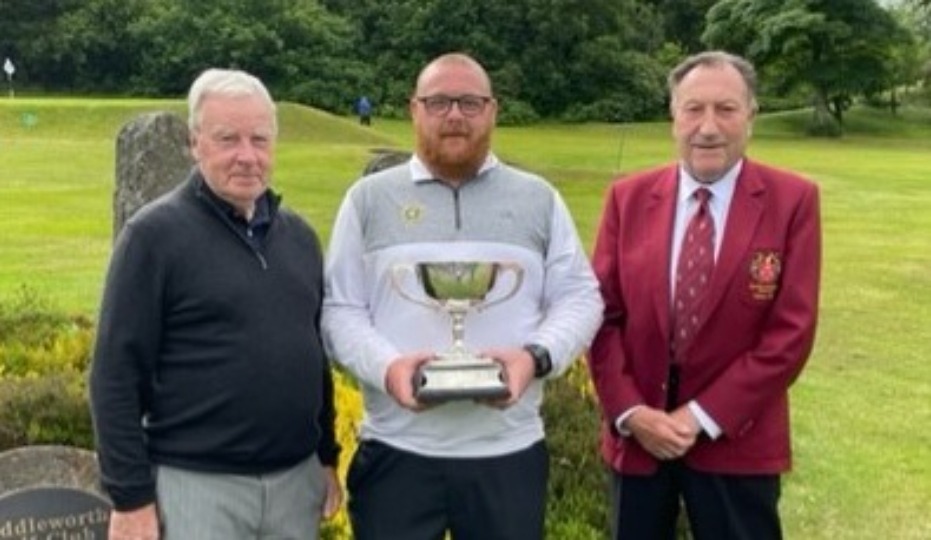 Adam shot a first round two-under-par 69 at home club Saddleworth to hold a one-shot lead over his older brother Lee, himself a three-time winner of the most prestigious trophy in local golf.

Adam then added a second-round par round of 71 for a 140 total and had an anxious wait before Lee brought home a 72 for a total of 142.

Having won the title for the first time in 2013, Adam is now fulfilling his true potential and has reach a handicap of plus-3.

The 33-year-old, who works in the family blinds company, said he just played steady all day and made some good birdies but also some good saves – none more so than when he lost a tee-shot at the difficult 6th in the afternoon and then made a brilliant three with the second ball to keep a double bogey off his card.

He said: “That was really important and I knew if I could get it round in level par it was going to be difficult to be overtaken.”

This was the centenary year of the Scratch Championship, first held in 1922, and local golf legend Alan Squires, a 13-time winner of the trophy, acted as honorary starter by hitting the first tee shot.

Squires, who presented the prizes alongside Saddleworth captain Dave Newman, said: “It was a fantastic day that was brilliant from start to finish and I am just so pleased that the history of the trophy has been honoured in this way.”

It proved to be a clean sweep of the prizes in the scratch event for home club Saddleworth, but in the 18-hole Centenary Trophy played at the same time, the locals were pipped by Oldham vice captain Jonny Phillips.

Phillips was in the 36-hole event and one of the low men who were able to enter both events with their first round counting towards the nett competition.

The nine-handicapper was one of the early starters and carded a 76-9-67 a score that was to stand all day.

He actually made a double-bogey at the short 15th and thought he had blown his chances, but a birdie-birdie finish certainly boosted his score.