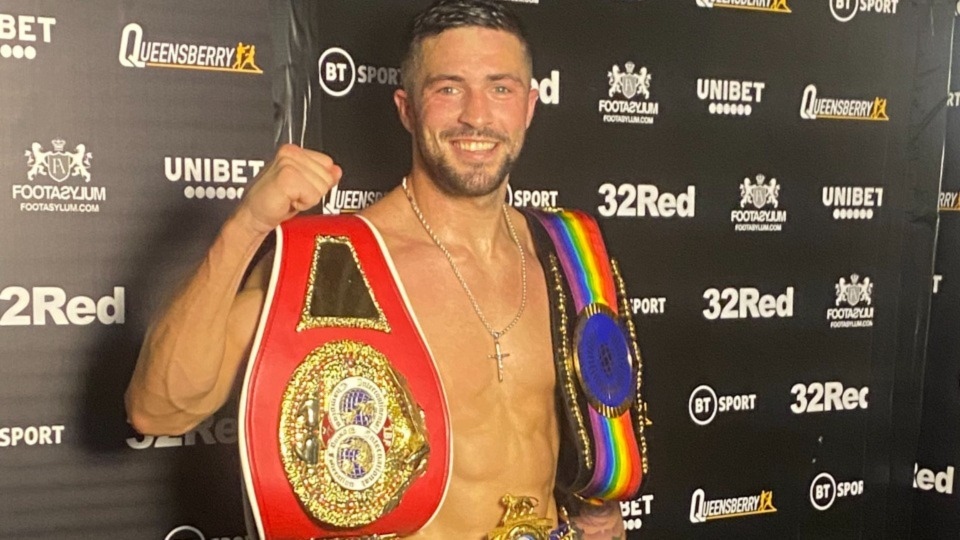 A world boxing title superfight at Latics’ Boundary Park stadium could be on the cards in the not-too-distant future for Oldham hero Mark Heffron.

Heffron, aged 30, was in blistering form on Saturday night when he won the British Super Middleweight title, the IBF Intercontinental title, and the Commonwealth belt when he stopped gutsy opponent Lennox Clarke in the fifth round at the Copper Box Arena in London.

Heffron, who has now been on the professional scene for well over a decade, enjoyed the best night of his career so far in the capital as he moved his record in the paid ranks to 28 wins (including 22 ko’s) from 31 fights.

He has also drawn once and lost just twice – a hugely impressive record overall.

Afterwards, his management outfit (Kevin) Maree Boxing, Tweeted this message: “Oldham, you have a real star to be proud of.

“Oldham’s most successful ever boxer.

“And he’s just getting started!

Heffron was emotional after his stoppage victory against Midlands-based Clarke, who had only been beaten once himself in 22 fights ahead of the weekend.

A delighted Heffron, speaking after a successful third attempt to win a prestigious British crown, said: “I can’t even put it into words.

“This means the absolute world to me.

“It doesn’t even feel real.

“My Dad (Tommy) was sat at home watching this, and I’ve done it Dad, I love you.”

Heffron went on to dedicate his win to his mum, whom he lost last September.

“These titles he’s won are just a platform for him now.

“All boxers have potential, but Mark still hasn’t fulfilled his potential yet.

“This was the first step since he returned to train with me, and now we’ll see him kick on.

“He’s a good looking kid, he can punch, and the world really is his oyster now.”