You are Here: Home » News » Community News » Yet another Choral Speaking Festival triumph for Oldham

Yet another Choral Speaking Festival triumph for Oldham 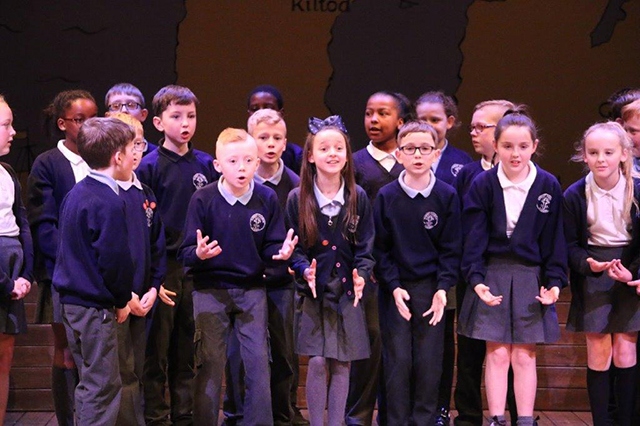 More than 2,000 youngsters from across the town took part in the 34th annual staging of the Oldham Primary School Choral Speaking Festival, which was again held at the Coliseum Theatre.

Organised by the Rotary Club of Oldham Metro, the festival aims to help children to increase their enjoyment of poetry, develop their self-confidence and capacity to speak in public, and to build community cohesion by bringing together schools and performers from across the borough.

The children, aged between four and 11 years, performed a wide range of poems – some familiar, some new, some  serious, many humorous, and some linked to curriculum topics being covered in school.

Some were from the 19th century’s Edward Lear and Lewis Carroll, while some were by modern poets like Buxton-based Andy Tooze.

Judged by an international adjudicator, Ann Warr, there were trophies for the best in each age group. They will be presented at a special morning event at the Coliseum on May 1.

Rotary Club President Con Kelly said: “The festival is an event where everyone who comes is a winner.

"For many this will be their first time on a professional stage; for some it will not be their last, and I am sure that the efforts the youngsters have made in learning the poetry they present will be repaid many times over in the years to come.”

Adjudicator Warr said: “This is the biggest such festival outside Hong Kong and it was again a wonderful three days.

"Standards rise year on year – the children were great, the teachers are to be commended and Oldham can be proud of staging such a fantastic festival.”