You are Here: Home » News » Community News » The National Theatre is coming to Chadderton!

The National Theatre is coming to Chadderton! 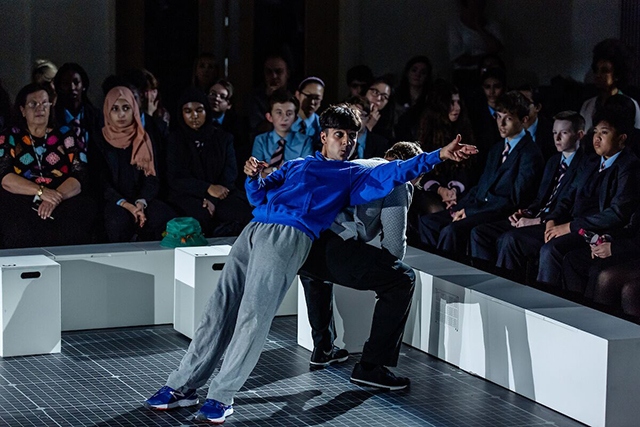 A specially staged production of the National Theatre’s award-winning play, The Curious Incident of the Dog in the Night-Time, will be seen by Blessed John Henry Newman College in Chadderton - in partnership with The Lowry - as part of a 12-week tour this Autumn.

The tour forms part of the National Theatre’s drive to introduce new audiences to theatre, in a three-year partnership working with local theatres and schools.

The schools tour is a 90-minute version of the play performed in the round and will be followed by a Q&A session for students with the company.

The tour is accompanied by a learning programme which includes professional development for teachers led by the NT and Curious Incident movement directors Frantic Assembly, as well as curriculum-based resources and workshops.

The Lowry is collaborating with the National Theatre to develop local audiences and engagement in theatre and reach new audiences in the Greater Manchester area.

The Lowry has been working closely with the NT to identify local schools to take part in the programme, host training sessions for teachers and provide logistical support.

The collaboration is part of a three-year project, Theatre Nation Partnerships, focusing on six areas around the country.

The Curious Incident of the Dog in the Night-Time brings Mark Haddon’s best-selling novel to life on stage, adapted by two-time Olivier Award-winning playwright Simon Stephens and directed by Olivier and Tony Award®‑winning director Marianne Elliott.

The novel has won more than 17 literary awards and is widely studied in schools.

The play tells the story of Christopher John Francis Boone, who is 15 years old. 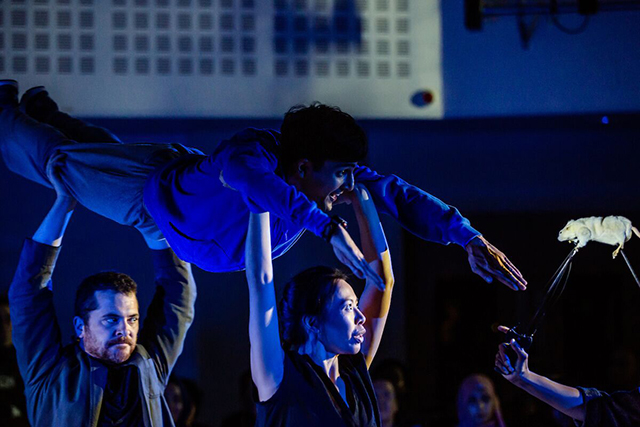 He stands besides Mrs Shears’ dead dog, Wellington, who has been speared with a garden fork, it is seven minutes after midnight and Christopher is under suspicion.

He records each fact in a book he is writing to solve the mystery of who killed Wellington.

He has an extraordinary brain, and is exceptional at maths while ill-equipped to interpret everyday life.

He has never ventured alone beyond the end of his road, he detests being touched and distrusts strangers.

But his detective work, forbidden by his father, takes him on a frightening journey that upturns his world.

Speaking about the schools tour, Simon said: “It means the world to me that Curious Incident will be touring schools around the country.

"I worked as a schoolteacher teaching kids in Dagenham in Essex 20 years ago. I loved it.

"I still think of myself as a teacher. I have seen firsthand how inspiring drama is to young people in schools. I believe the arts to be fundamental to our society.

"We can’t afford to lose them from our education system.

"I am delighted that our play will play its part in introducing young people to the theatre.

"I always hoped that Curious Incident was a play that could be performed anywhere, by anyone.

"The tour will, I hope, provide the same kind of imagination and inspiration throughout the country.”