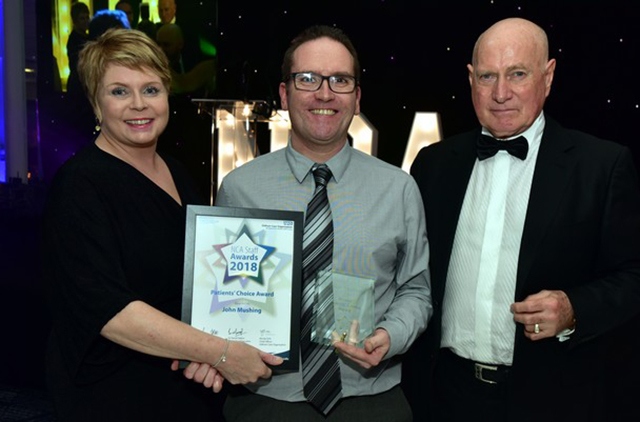 Members of NHS staff celebrated long into the night at the Northern Care Alliance NHS Group’s inaugural Staff Awards evening held at the Sheridan Suite, Manchester, after learning they had won the public vote.

The Northern Care Alliance is one of the biggest NHS organisations in the country and brings together two Trusts, Salford Royal and Pennine Acute, which together employ over 17,000 doctors, nurses, midwives, porters, admin, clerical and other staff.

The Staff Awards celebrate and recognise the success and achievements of staff working across the group.

Sir David Dalton, Group Chief Executive of the Northern Care Alliance, said: “This is a highlight in our organisation’s calendar; a chance to celebrate success and recognise the exceptional efforts, contribution and achievements of colleagues at all levels across our hospitals, community and social care services.

"This event enables us to say “thank you” to individuals and teams who work across our Care Organisations and corporately across our Group.”

The Patients’ Choice Award, where nominations and winners were voted for by public members and the general public, were won by the following people:

John Mushing, a Porter at the Pharmacy Department at the Royal Oldham said: “I would like to say thank you to all of my fellow porters and all the other staff I work with. I see this as a team effort.

"I would also like to thank all the public who voted for me.

"I always try to go above and beyond in my duties just like everyone else who works in the health service does.”

Around 1,200 staff and guests attended this year’s Staff Awards event from each of the Group’s four Care Organisations – Salford, Oldham, Bury and Rochdale and North Manchester.