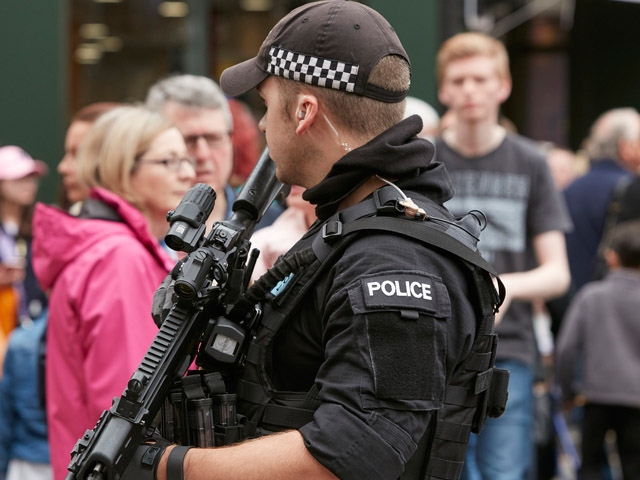 GMP’s Specialist Operation Branch, the team responsible for armed policing in Greater Manchester, will be providing increased visibility of officers throughout patrols of high profile venues and events across Greater Manchester over the coming months.

While members of the public are likely to see armed officers at big crowd events including concerts and football matches, the change is not in any response to any specific threat but to simply provide visible reassurance.

A similar approach to armed policing at last year’s Christmas Markets in Manchester City Centre received positive feedback from members of the public.

Superintendent Mark Dexter, of GMP’s Specialist Operations Branch, said, “As front line responders we understand that the public want to see more officers out and about in Greater Manchester, particularly when they are at large events such as concerts and football matches.

We have worked closely with our partners within the city and wider afield as we look to engage with businesses, companies and communities alike to support Greater Manchester across the summer months and beyond.

We hope by increasing our armed officer visibility, it shows that we do listen to feedback and this move will make you feel safer and more relaxed while out enjoying yourselves.

I know some people can find armed officers intimidating and might feel nervous about seeing them however we’d like to reassure people that they are there to help in any way they can just like unarmed officers you’d see on patrol.

They are normal people just like you and me, with families and friends, and I am sure that they would appreciate hellos, smiles and friendly words whilst carrying out their duties.

Our number one priority is keeping the public safe and if this increased visibility helps people feel more at ease, then we see this as a positive step.”